Custom Cadillac Pickup Truck Wants To Escalade All The Things

That's actually a 2021 Silverado in disguise.

Available in the United States, Canada, Mexico, and the Middle East (except Israel), the Cadillac Escalade EXT was discontinued in 2013 as sales of the luxury truck were far from being great. In fact, during its final year on the market, it was among the 10 worst-selling vehicles in the US with just 1,972 units sold over 12 months. While it was obviously not a business success for Cadillac - at least in the last three-four years - it somehow developed a cult following among auto enthusiasts.

Some people probably miss the Escalade EXT as it was basically one of the very first luxury trucks on the market, despite being just a posher version of the Chevrolet Avalanche. So much so that an aftermarket truck shop in Miami created a very cool modern-day Escalade pickup using the front end of a 2021 Escalade and combining it with the body of a 2021 Silverado truck. The overall execution looks very good, though we are a little skeptical about the wheels and tires combo.

As MuscleCarsAndTrucks reports, the tuning project was done by Dom’s Garage Miami and reportedly required many custom fabrications to the original 2021 Silverado body. We don’t have all the details, though it seems that the Escalade’s imposing front fascia fits nicely the overall design of the new Silverado. As we mentioned, the selection of wheels and very low-profile tires is not exactly our cup of tea, but maybe the creators were trying to create a street truck appearance. The striking red exterior color is spot on, however. 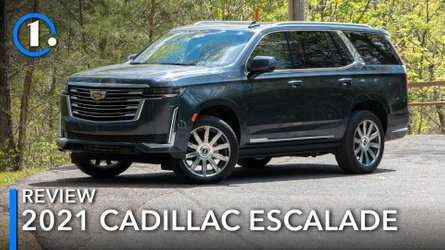 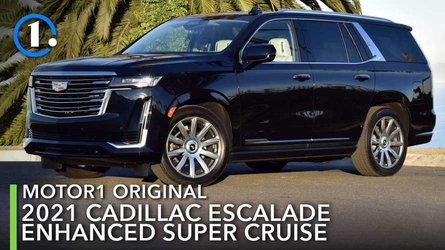 Several months after the Escalade EXT was discontinued, there were reports that Cadillac could bring back to life the luxury truck based on the then-new generation of the Cadillac SUV. Some eight years later, it seems that Caddy is no longer interested in a low-volume, high-priced pickup, despite the fact the luxury truck segment is enjoying good demand from customers. As a reminder, the original Escalade EXT was launched as a direct competitor for the Lincoln Blackwood, succeeded by the Lincoln Mark LT after a single-year production run.