The Audi A6 you and I know is slightly different than the version sold in China where it's locally produced and sold exclusively with a long wheelbase. Debuting at Auto Shanghai 2021 is another flavor of the A6, one we were frankly not expecting. No, we're not talking about the fact it's electric. We're referring to its body style as the concept is not a sedan. Instead, it takes the shape of a sleeker Sportback in the same vein as the A5 and A7.

Interesting naming aside, the A6 E-Tron is a gorgeous low-slung liftback with massive 22-inch wheels and a clean side profile helped by the mirror-replacing cameras and the absence of door handles. At 4.96 meters (195.2 inches) long, 1.96 meters (77.1 in) wide, and 1.44 meters (56.7 in) tall, the A6 E-Tron has about the same footprint as the A7 Sportback.

Impressively slim matrix LED headlights are of the digital variety, meaning they've been engineered to double as a projector. We've seen this tech before, but Audi went the extra mile and developed a smartphone video game showing the action onto a wall in front of the car rather than on the center display inside.

Moving at the back, the A6 E-Tron concept adopts a wide lightbar featuring digital OLED elements like the Q5 facelift. Audi claims the technology offers "almost unlimited customizable variations" of the light signature, including those with a fancy 3D spatial effect previously unseen on a vehicle from Ingolstadt.

As expected, the concept is based on the Premium Platform Electric developed by Audi and Porsche. The Q6 E-Tron and next-gen Macan will be the first to utilize the PPE underpinnings from 2022. Meanwhile, the A6 E-Tron has been conceived with dual electric motors for a combined output of 470 horsepower (350 kilowatts) and an instant torque of 590 pound-feet (800 Newton-meters). That's enough electric punch for a 0 to 62 mph (100 km/h) run in less than four seconds.

The Shanghai-bound concept has quite an impressive specs sheet, which includes everything from Quattro all-wheel drive to an air suspension. The large 100-kWh battery pack is mounted between the axles for optimal weight distribution, and it supports fast-charging at up to 270 kW. That translates to more than 186 miles (300 kilometers) of range in only 10 minutes of charge, while getting from 5 to 80 percent is done in less than 25 minutes.

Audi Is Bolstering Its EV Portfolio: 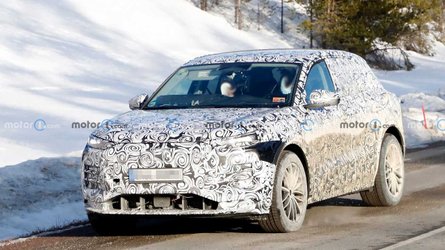 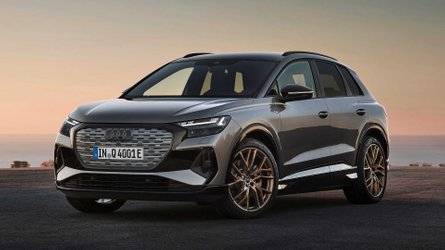 With the battery full, the A6 E-Tron can cover more than 435 miles (700 kilometers) per WLTP. That impressive figure is possible is not just by fitting a relatively large battery, but also due to the car's aerodynamic body with a drag coefficient of 0.22. It's no Mercedes EQS (0.20), but a remarkable figure, no less.

Sadly, Audi is not ready just yet to show the concept’s interior but says the A6 E-Tron is a taste of things to come regarding PPE-based electric models due from next year.