Yes, there was a V12-powered Q7 TDI straight from the factory.

The W12 used by the flagship A8 is not the only twelve-cylinder Audi from the modern era as the original Q7 was offered for several years with a massive V12. Touted at its launch as the most powerful diesel engine ever installed in a passenger car, the twin-turbo 6.0-liter was a force to be reckoned with and used diesel know-how from the R10 TDI race car.

Also installed in the mid-engined R8 V12 TDI concept that never evolved to a production model, the diesel monster developed a mighty 500 horsepower (368 kilowatts) and a mountain-moving 738 pound-feet (1,000 Newton-meters) of torque. To put those numbers in perspective, it had an extra 65 hp and 74 lb-ft (100 Nm) over its spiritual successor, the SQ7 TDI. Today, we get to see the oil-burning luxobarge in an acceleration test all the way up to its top speed. 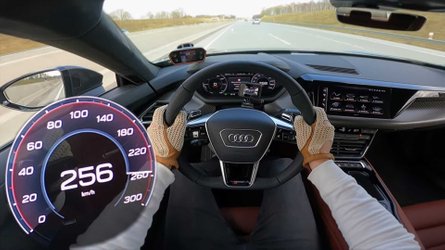 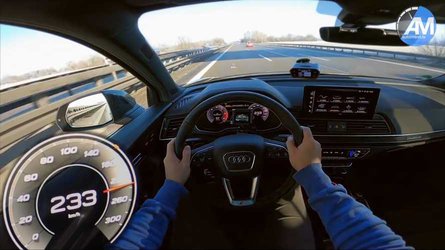 A dinosaur in today's automotive industry obsessed with downsizing, the Audi Q7 V12 TDI is still hugely capable. As a matter of fact, the Autobahn run shows the German luxury marque hitting 62 mph (100 km/h) in only 5.46 seconds or about a tenth of a second quicker than what Audi claimed back in 2008 when it launched the version. Side note – the range topper was supposed to be sold in the United States, but plans were ultimately dropped due to concerns about potentially poor sales.

This particular Audi Q7 V12 TDI had a little over 100,000 miles on the clock and it effortlessly hit 172 mph (277 km/h) per the vehicle's speedometer on an unrestricted section of the Autobahn. In reality, the vehicle was doing 163 mph (263 km/h) based on the data registered by the GPS-based onboard performance meter device, which is still slightly more than the electronically capped 155 mph (250 km/h) mentioned by Audi. Not too shabby for a vehicle that weighs a little over 2,600 kilograms (5,732 pounds).

It goes without saying there won't be another engine like this ever again, with Audi promising the current-generation A8 would be its last twelve-cylinder car. The entire VW Group is gradually discontinuing big engines, with the Touareg to be the last model from the VW core brand to use a V8. By the way, Wolfsburg's SUV also had a twelve-cylinder back in the day, a gasoline W12 shared with the ill-fated Phaeton and the Bentley Continental GT.