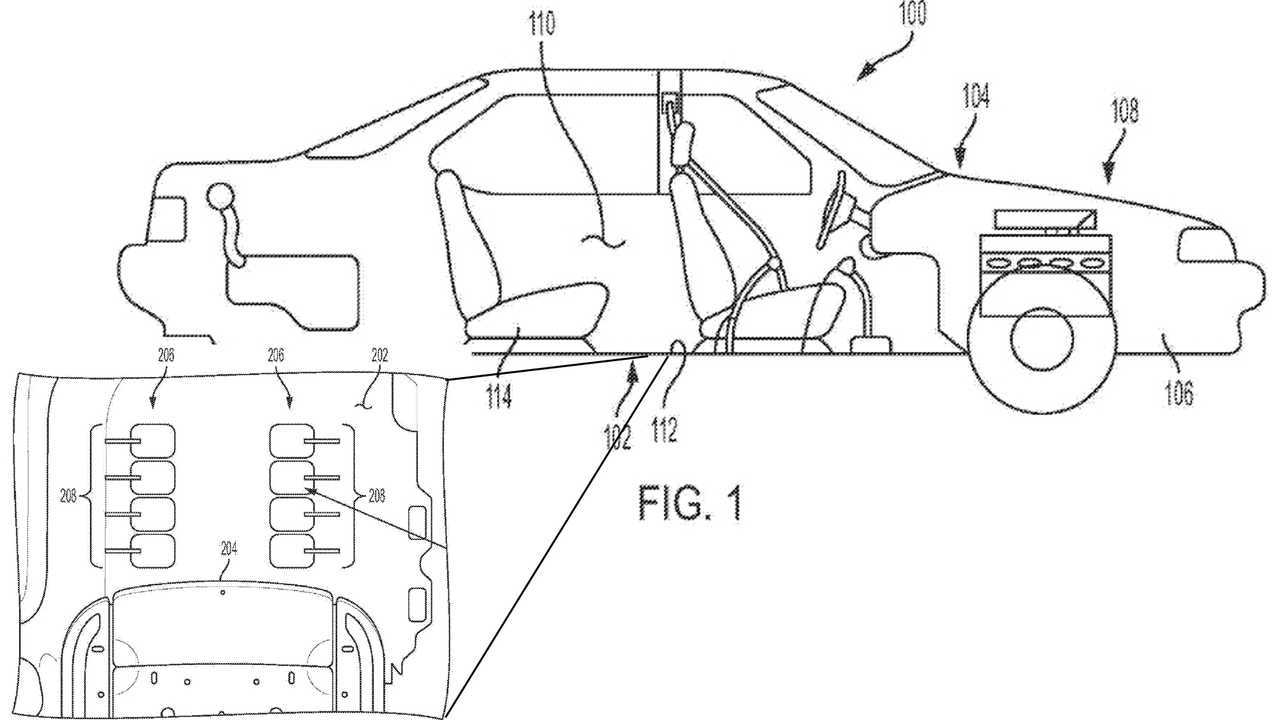 It basically pipes air through the floor.

Modern cars can do all kinds of things, including driving themselves in certain situations. Features like heated seats have been around for decades, and massaging seat functions are also expanding in the luxury fold. A warm back massage certainly feels good, but what about a killer foot massage? Yes, apparently that could become a thing if General Motors follows through on this strange vehicle patent for a pneumatic foot massage system.

Before going further, yes we're aware foot massages in cars isn't a new concept. The current-generation Audi A8 can rub the soles of rear-seat passengers using a massager built into the seatback of the front passenger seat. However, that's only available in one spot and it's only offered in the long-wheelbase model with room to literally stretch your legs. This patent from GM seeks to spread the love for passengers all around the cabin.

Volvo Patents Steering Wheel That Slides Across A Car's Dashboard

As such, this foot massaging system isn't designed for seatbacks. Deciphering the technical patent-speak, we learn the system uses compressed air to make the floor move in strategic locations where passengers can rest their feet. The diagrams and descriptions indicate these "pneumatic" locations could run parallel or perpendicular to the vehicle, and of course, it would all be controlled by the passenger. There's no mention of such a system being available for the driver, presumably because the driver needs to have shoes on at all times to, you know, drive.

Honestly, we're wondering if such a system would really be that effective. There's no mention of heat in this patent, and simply placing your feet on the floor doesn't seem like the optimal position for a foot massage. A gaggle of air lines and bladders running throughout the floor also seems excessively complicated when mechanical systems could be used, but hey, it's a patent application. Automakers file applications all the time for ideas that never come to fruition, so take this one with a grain of salt.

Still, if your next-generation Cadillac Lyriq gets floor-mounted foot massagers, you'll know where it all began.