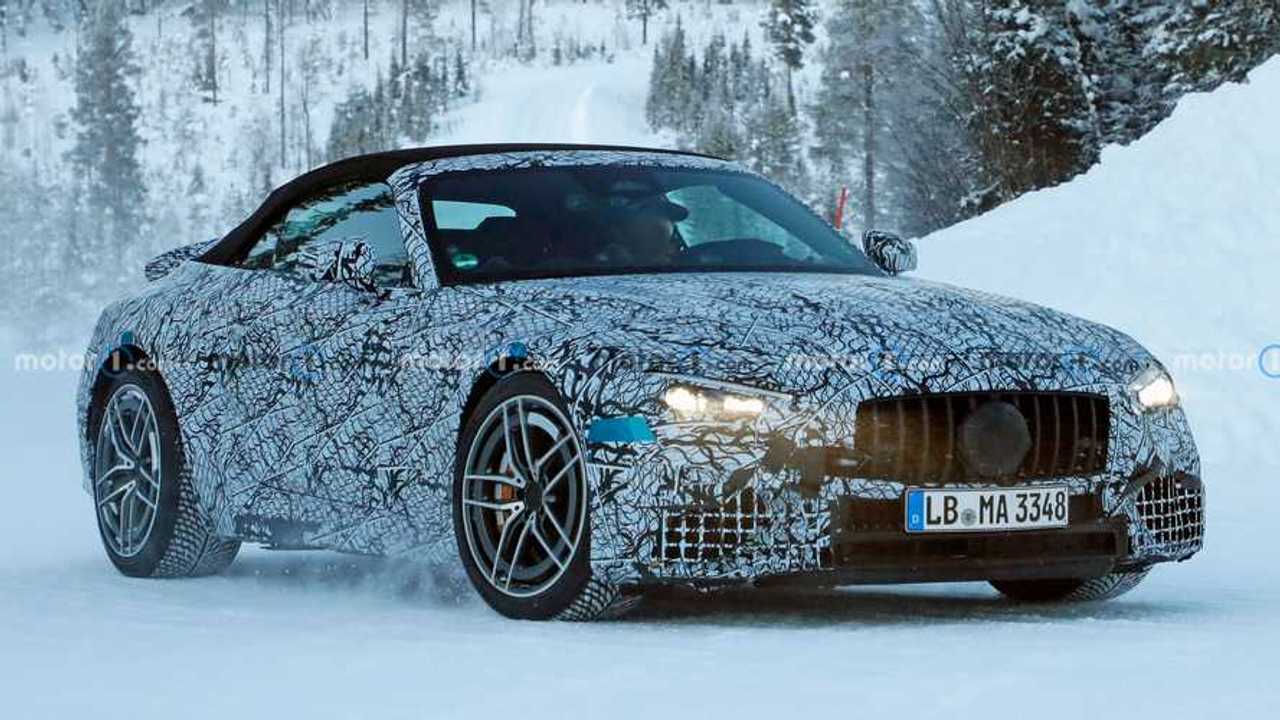 Even small convertibles get certified for winter.

We don't know how many future Mercedes-Benz SL-Class owners will take their cars on a trip through the snowy countryside. For those that do, it appears you'll be just fine as long as you have a good set of snow tires at the corners. These spy shots catch a pair of prototypes carving up the cold weather in Sweden, looking none the worse for wear.

We believe these test vehicles represent both the range-topping and entry-level AMG versions of the suave two-seater, at least when it comes to pure internal combustion. The SL63 is the more aggressive-looking of the pair, sporting the square quad exhaust outlets at the back and the deployable rear wing. It also has brighter wheels and less camouflage, notably around the fabric roof.

Most of the spy photos feature this car, including a few shots showing the headlights and LED running lamps brightly lit. At one point the photographer even gets close enough for a quick glimpse inside, where we see a massive touchscreen similar to the one used in the new S-Class.

The SL Is Coming:

The other test vehicle is almost certainly an SL43, or possibly an SL53. It's unclear how Mercedes will shake out its monikers for the next-gen roadster, or if there will be one of each. We do believe the base model Merc will be the only one offered with rear-wheel drive, as others should turn all four wheels. Engine options aren't yet known either; it's possible the entry-level AMG could opt for the turbocharged 2.0-liter mill good for over 400 horsepower. SL63 models will almost certainly feature a twin-turbocharged V8, but the range-topping SL73e is expected to be a plug-in hybrid with as much as 800 hp on demand.

Our sources are still uncertain when it comes to a planned reveal. These prototypes look production-ready, so we believe the covers will be lifted at some point this year as a 2022 model.