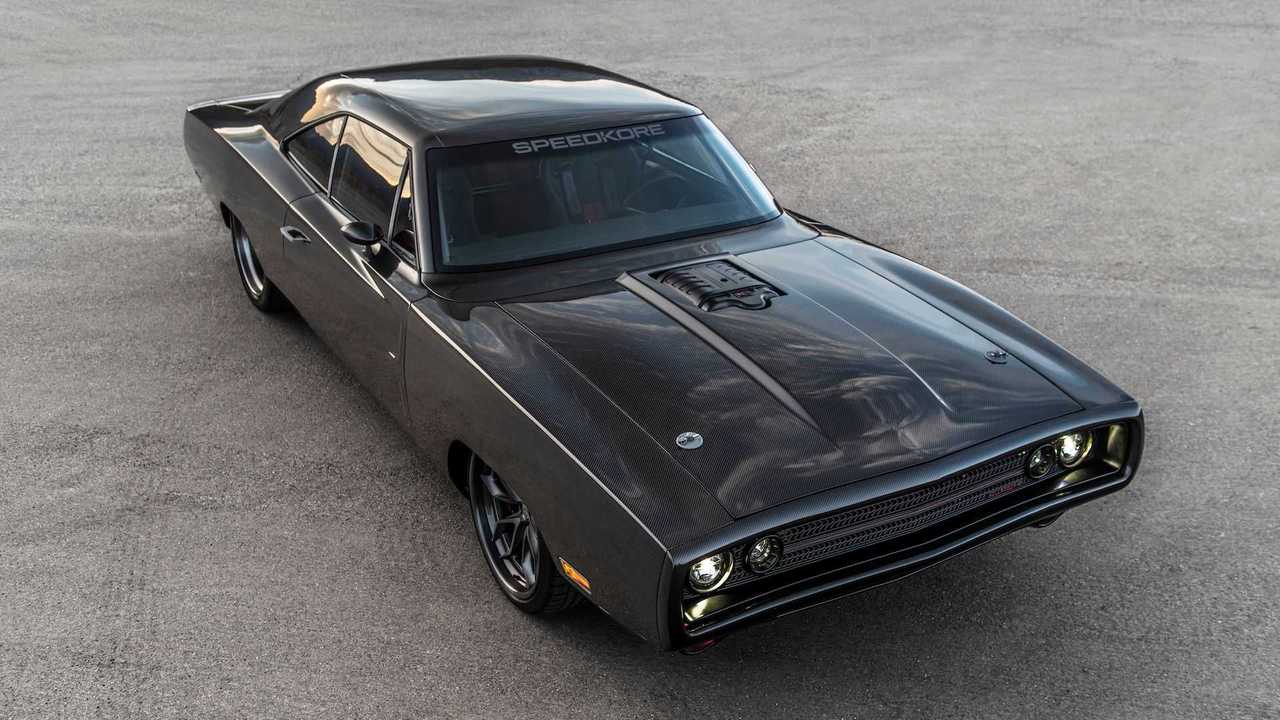 Looking so badass is just a bonus.

The 426 Hemi is one massive engine from Mopar, and it made its return over two years ago as the Hellephant – a 1,000-horsepower (746-kilowatt) crate engine for the street. The news of its return spread like crazy, with the $30,000 plug-and-play engine getting sold out in just 48 hours.

One of those popular crate engines made its way to a car for an equally popular celebrity. After teasers released on social media platforms, SpeedKore officially reveals its latest build – a carbon-fiber 1970 Dodge Charger, named Hellraiser, built for none other than Kevin Hart. And yes, it's powered by the supercharged 7.0-liter V8 Hellephant that makes up to 1,000 hp and 950 pound-feet (1,288 newton-meters) of torque.

To recall, SpeedKore was the same company that made Hart's 1970 Plymouth Barracuda a few years ago, which he wrecked in an unfortunate accident. Showing love for muscle cars, Hart opted for a Dodge Charger this time but from the same era.

The SpeedKore Hellraiser Charger comes with an exposed carbon-fiber body – aerospace-grade and pre-impregnated – to ensure panel thickness and weave uniformity. The exterior looks sinister, which goes hand-in-hand with its diabolical name. The badassery continues inside the roll-caged cabin, courtesy of Gabe’s Custom Interiors. It evokes a retro-modern appeal, while the Recaro GT Sportster seats come in a red and black leather theme.

Beyond the aesthetics, Hart's Hellraiser Charger uses the front suspension architecture from a C6 Corvette. The rear comes with a SpeedKore-designed four-bar suspension setup with Penske double-adjustable shocks. All HRE S201 3-piece wheels are fitted with Brembos and wrapped in Michelin Pilot Sport 4S tires.

SpeedKore didn't disclose the Hellraiser Charger's price on its official release, but it's safe to say that it costs a fortune considering the bevy of pricey parts that come with the muscle car. Then again, it's Kevin Hart's, so that should be nothing for the hard-working comedian and staunch exotic car collector.