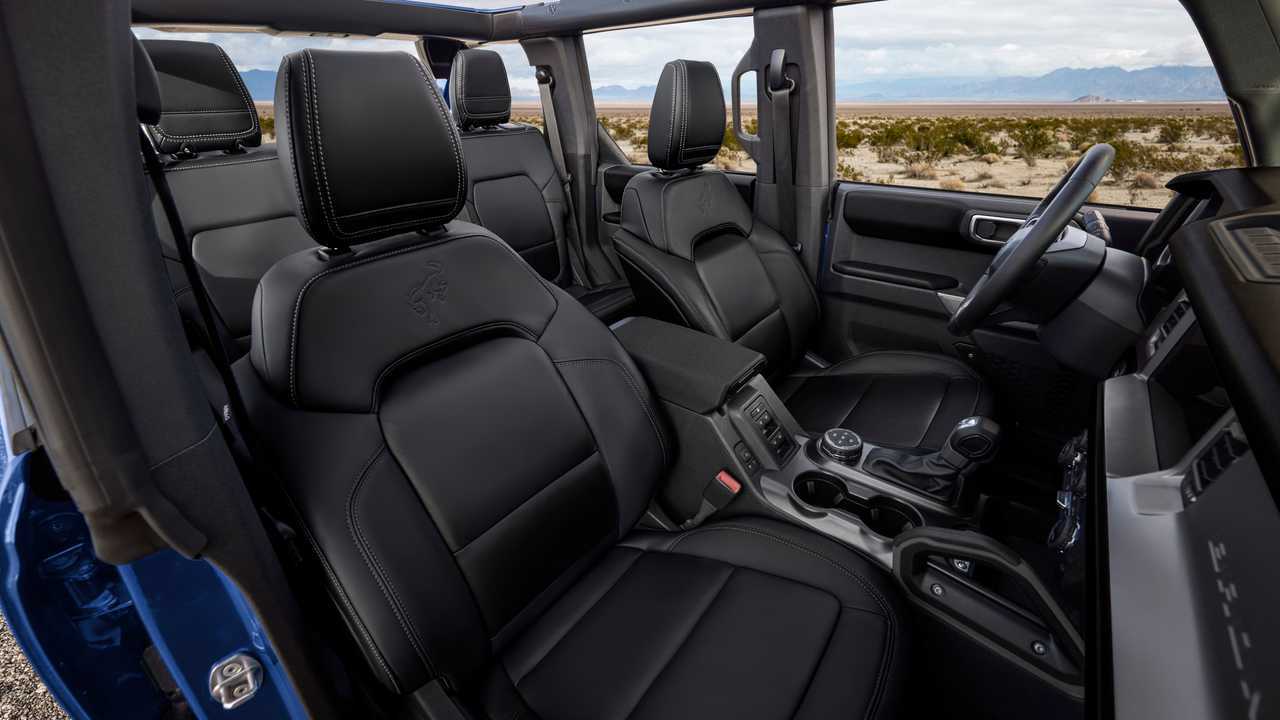 The dark side is strong with this one.

Off-roaders can't wait to get their hands on the new Ford Bronco. The First Edition model will have a limited run, and at the Bronco's debut, we thought the two-tone Dark Space Gray / Navy Pier interior would be the only First-Edition greenhouse. Then in December, Ford offered Black Onyx to First Edition pre-orders upon popular demand, and as something of a peace offering for production delays. Now, we have our first look at that dark interior.

The leather-trimmed vinyl is certainly a sharp contrast to the rather airy alternative. Ford sent us a series of photos highlighting the greenhouse from all angles, but it's not purely a black environment. Contrast stitching in the seats along with silver and gray on the door panels, center console, seat belts, and dash offer some eye candy to the otherwise dark space. That said, we aren't keen on planting ourselves in those seats after they've baked in the sun with the roof off. At least, not without a good set of full-length jeans covering our backsides.

Ford Bronco production is expected to begin in May, with models reaching dealerships in the summer. As expected, the First Edition is the most expensive of the bunch with a starting price of $57,410 for two-door models, and $61,605 for four-door versions. The release of these official Black Onyx interior shots coincides with the opening of Bronco order banks at dealerships – January 19 to be specific – though First Edition buyers will need to wait a spell for the all-black interior. It's slated for late availability.

Ford has nearly 200,000 Bronco reservations in the books, and the automaker expects most of those to follow through on sales. While $61,000 is by no means cheap for a small off-roader, the Base model checks in under $30,000. Preliminary information from Ford suggests most reservations are falling in the middle of the Bronco's seven initial trim levels.