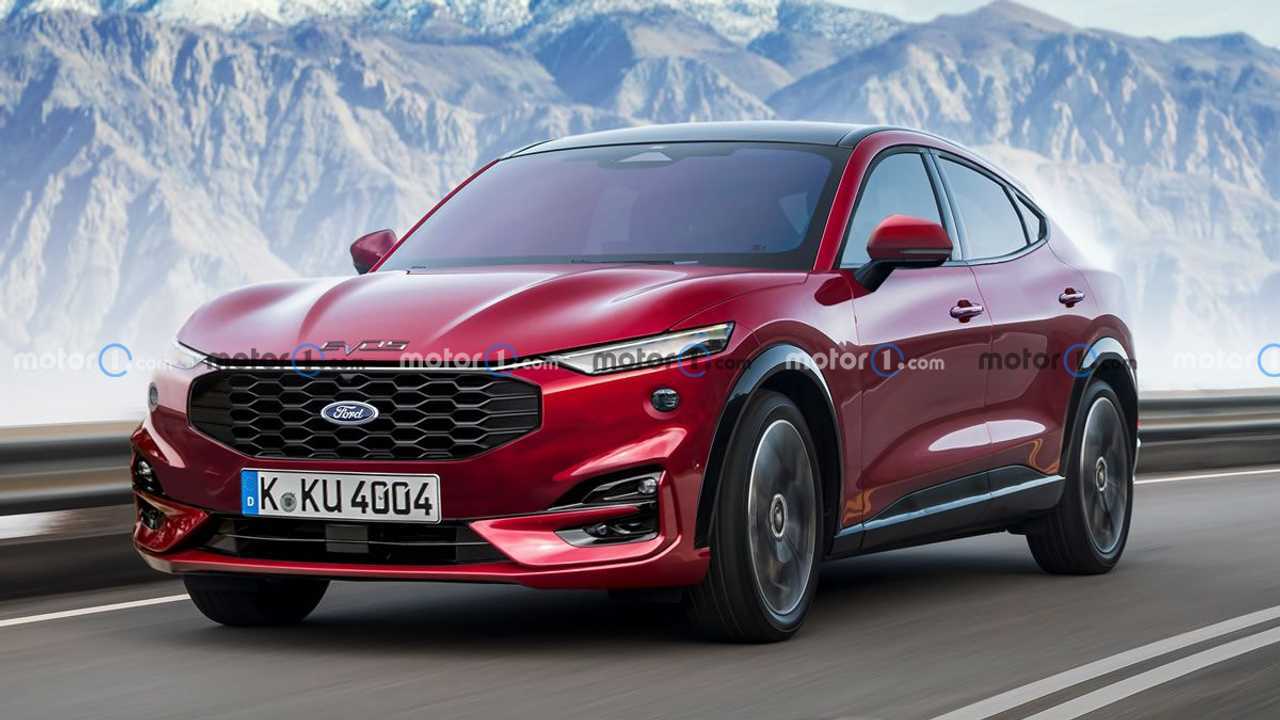 The popular sedan morphs into a “crossover coupe,” and it’ll probably come here as the Fusion.

Although its Ford Fusion American cousin was discontinued after the 2020 model year, the Mondeo is still available in global markets. However, few markets are immune to the allure of a crossover, and the Blue Oval is reportedly replacing its long-running family car with a lineup of high-riding wagons, CUVs, and hatchbacks. We also think a crossover coupe will be in the mix, and it might look like this Mondeo Evos rendering.

If you remember, the Evos name originally showed up on an avant-garde concept coupe that previewed the styling of the current Mondeo/Fusion and Mustang. Then, the company filed for the “Mondeo Evos” trademark in 2019. As such, we think Ford will likely ensure that anything with an Evos badge represents its best foot forward in terms of trendy styling – enter the crossover coupe. Using styling elements betrayed in a recent leak of the next-generation Fusion Active, Spanish-language website Motor.es cobbled together a pretty attractive imagining of a 2022 Ford Mondeo Evos.

The front end very clearly takes inspiration from that aforementioned leak, with an octagonal grille shape containing a geometric mesh texture. A thin chrome mustache runs the width of the front end between two narrow headlamps, and a shapely hood and fenders seem to draw inspiration from the Mustang Mach-E EV. In fact, most of the rendering’s body shell seems taken directly from Ford’s new electric crossover, although the theoretical Evos uses mechanical door handles instead of electric door releases.

If and when the Ford Mondeo Evos and its American Fusion equivalent arrive on the market, expect an engine lineup that borrows liberally from current Blue Oval products. In the US, that means a standard 1.5-liter EcoBoost inline-three and eight-speed automatic transmission, producing a reasonable 180 horsepower (135 kilowatts). A 2.0-liter turbo four would likely be optional, putting 250 ponies (186 kW) down. Hybrid, plug-in, and even fully electric powertrains are also expected. All-wheel drive will likely be optional on most models and standard on some top trims.

In addition to a swoopy Evos coupe, the next-generation midsize Ford family will include a high-riding, Subaru Outback–rivaling station wagon called the Mondeo Active (Fusion Active on our shores). There’s also a “Stormtrak” variant coming as well if recent trademark filings are to be believed – jury’s out on what that one might be, but it might be less of a tall wagon and more of a traditional crossover, possibly replacing the midsize Edge.