As a standard-looking electric crossover, the Tesla Model Y isn't exactly a pretty thing to look at. Sure it has its own character as any Tesla does, but compared to its class rivals, the Model Y is rather sedate.

But that doesn't mean that the newest Tesla in the block is a hopeless case. As a lot of us know, a simple addition of a good-looking set of wheels, such as those coming from Vossen, will definitely do the trick. That story holds true with the Model Y, and here are photos to support the case.

This particular Model Y is owned by Tyler Henri, and comes with a Vossen M-X4T forged monoblock alloys. While this color variant is called Brickell Bronze, it leans towards gold hue – at least in our eyes. Bronze or gold, we think this set increases the Model Y's appeal, thanks largely to the 22-inch diameter and low-profile tires, giving the EV crossover a sporty demeanor.

While Vossen usually comes with a red emblem at the center, this example comes in blue to match the brake calipers and bumper accent. Hat tip to Excell Auto for that. 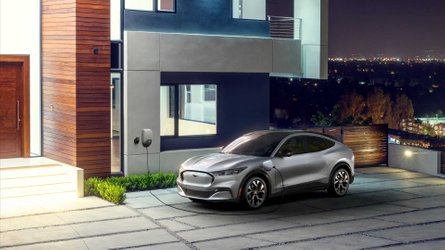 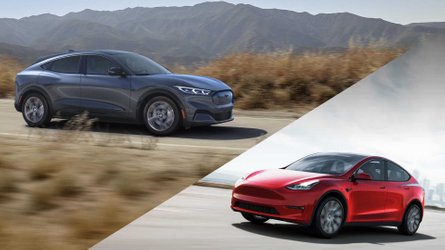 How Do The Tesla Model Y & Ford Mustang Mach-E Compare?

The Vossen M-X4T forged alloy wheels don't come cheap, though. Each wheel costs $1,800 apiece, and that's only the starting price. There's also a 3-piece version available, which will set you back at $2,200 each. Both monoblock and 3-piece sets are available in 19-24 inches diameter and in 8.5-13 inches width, with a variety of colors to choose from.

While we highly appreciate how snazzy this Model Y looks after just a basic aftermarket upgrade, we still think that looks are subjective. So what do you think? Let us know your thoughts in the comments section below.