See Inside Lexus IS F Engine After 220,000 Miles Of Hard Driving

It's a look at the top end of the engine, anyway.

This video won't come as a surprise to mechanics, be it professionals or shade-tree wrenchers. Toyota has garnered a reputation of quality over the decades, and Lexus is part of that reputation by default. That's not necessarily the non-surprise we're talking about here; it's the long-lasting effects that regular maintenance can have on an engine, even a high-performance mill that's been driven hard.

According to this new video from Wrench Every Day, that's the situation with the 2008 Lexus IS F. As a refresher, Lexus debuted this BMW M3 fighter in 2007, boasting a 5.0-liter V8 good for 416 horsepower. The car in this video isn't stock and claims upwards of 450 hp, and it's also done a bit of traveling in its day. No less than 220,000 miles are on the odometer, with at least the last 45,000 miles having come with no small amount of hard driving in road rallies and track events. This Lexus isn't going quietly into the night.

Lexus RC Gets An Elegant Yet Dark 'Emotional Ash' Edition In Japan
2021 Lexus IS First Drive Review: Sharper, But Mostly The Same

That leads us to the crux of the video, which shows a range of maintenance items being addressed on the seasoned IS F. Wheel bearings and rear control arms are replaced, with the latter being upgraded to adjustable components that were actually cheaper than stock items from Lexus. In fact, a recurring theme in the video is just how expensive OEM Lexus parts are, but for folks thinking about dipping into the IS F world, some shrewd investigating can turn up quality aftermarket parts at more reasonable prices. 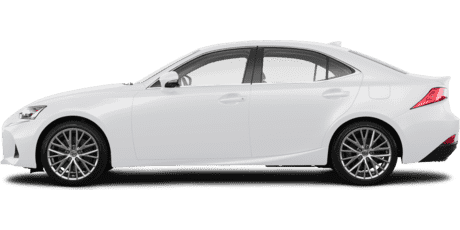 The work eventually leads to the engine and leaking valve covers. Replacing the seals requires removing the covers, and that opens up the top of the engine for a look-see in the big DOHC heads. Despite 220,000 miles, the heads looked exceptionally clean and free of gunky build-up that can occur over time, especially if regular oil changes with quality oil aren't performed.

Of course, seeing clean heads at the top of the engine doesn't tell us what kind of wear is present on the bottom end. Still, it's a good sign that the mill has been well maintained, and that means this high-mileage sports sedan could continue ripping up the pavement for many more miles in its quest for immortality.