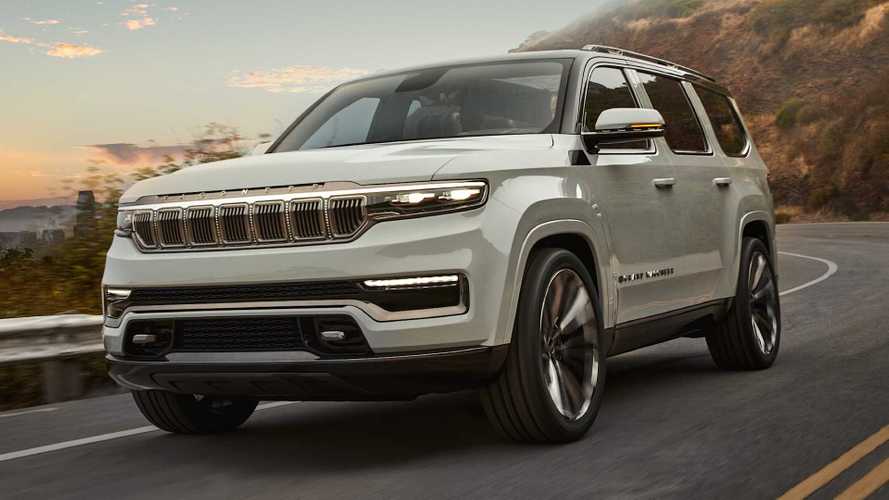 Younger folks might not realize the full significance of the forthcoming Jeep Grand Wagoneer reboot. That’s because a new version of big SUV hasn’t graced the streets for over 25 years. However, prior to its final appearance in 1993, the Wagoneer was something of an old-school legend that had an uninterrupted production run of nearly 30 years.

So why did it take nearly that long to bring the moniker back? In short, FCA simply wasn’t ready for the project, or rather, that’s what FCA’s design chief Ralph Gilles said according to MotorTrend. The issue was apparently tackling the luxury aspect of the Wagoneer, as it was always a flagship model during its previous existence. According to the report, Gilles explains that it simply couldn’t have happened ten years ago as the company still had much to learn about creating a luxury SUV.

That’s an interesting statement considering Chrysler is nearly 100 years old and, ten years ago, had just exited a lengthy relationship with Daimler. Admittedly, the auto industry was also in shambles at that point and Chrysler was in bankruptcy, taking bailout loans from the U.S. government. So yeah, it probably wouldn’t have been a great time to launch an expensive, three-row luxury SUV flagship.

Return Of The Wagoneer:

2022 Jeep Grand Wagoneer Spied Looking A Lot Like The Concept
⠀

The Wagoneer wasn’t just a recent idea, though. The report explains that several Wagoneer designs were always waiting in the wings since the mid-1990s. Some were very retro in flavor, some futuristic, but they always remained just out of reach in the company’s evolving product plan. Gilles said the earlier concepts felt like they were trying too hard to be a certain style. But now, the revealed Grand Wagoneer Concept is apparently the right one.

In any case, Gilles also concedes in the report that it probably should’ve happened sooner, and we can’t argue with that. Since the automotive fiasco of 2009-2010, sales of SUVs have trounced pretty much everything. We now live in a world of suave people-movers filled with luxurious touches, and a proper FCA flagship for that segment is indeed long overdue.

As it stands, we’ll still have to wait a bit longer for the new Wagoneer to arrive. The concept is a near-production preview, but the real deal won’t arrive until the 2022 model year.