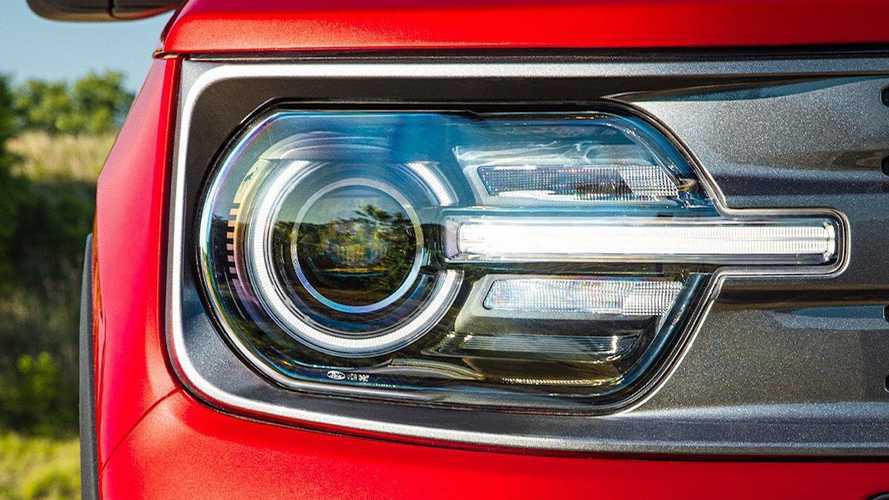 Bit by bit, the returning icon unveils itself to the world.

It's only a few days before Ford officially marks the return of its icon, the Ford Bronco. Originally scheduled for a July 9 launch date, the Blue Oval moved the unveiling to July 13 for rightful reasons.

However, Ford can't seem to hold its own excitement as more teasers came out on the Bronco's official Instagram account. The images released are quite revealing, and confirm some of the previous leakages we've seen of the iconic off-roader.

One of the leaked images shows the round LED headlights with a horizontal LED strip tangent to it. It's surrounded by a squarish gunmetal garnishing that goes too well with the Bronco Sport's red paint. Of note, Ford's previous teaser showed us eight color options for the off-roader, with two red paint color options.

The other teaser showcases the Bronco's LED taillights. Now, this one's a bit different from what was leaked before, but we won't be surprised if the SUV will come with different taillight configurations at launch, depending on the trim level.

The last of the three latest teasers displays the Bronco badge present on the front door sills. It's painted yellow, too, which is personally one of my favorite color choices so far.

As mentioned earlier, the Ford Bronco will be revealed on July 13, 2020, at exactly 8:00 p.m. EDT. There are plenty of ways to watch the Bronco's debut, apart from the usual live stream on social media channels. Ford also partnered with Disney for the live debut, as well as the airing of special snippets on ABC, ESPN, the National Geographic channel, and streaming service Hulu.

Of course, Motor1.com will be on top of the Bronco's much-anticipated reveal, so make sure to watch this space for that.