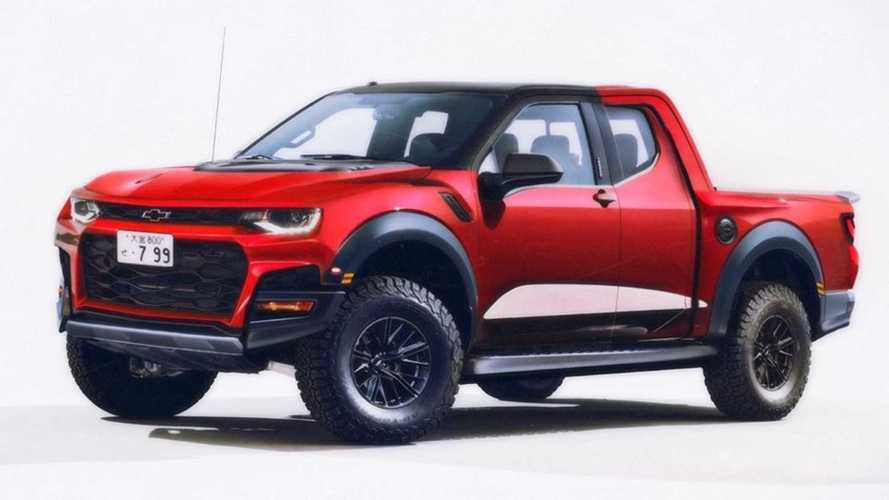 What an interesting way to keep the Camaro alive.

All signs suggest that the Chevrolet Camaro nameplate faces retirement in the coming years, but here's a bizarre idea: what if Chevy keeps the model around by applying it's styling to a pickup?  While the chances of this are essentially zero, rendering artist tuningcar_ps shows us how this weird concept might look.

Using the current Camaro as inspiration, there's a skinny upper grille with the brand's Bowtie spanning the area between the headlights. Below it, a much larger opening allows plenty of airflow to the radiator. There are tiny openings in the corner of the fascia and amber lights below them. A skid plate is below the nose.

Towards the rear, tuningcar_ps also incorporates a Z-shaped element into the roof, pillar, and side of the bed. It's not really something that's on the Camaro, but this touch gives the rendered pickup a more distinctive appearance. There's also a tiny spoiler at the tip of the tailgate.

There's no chance for Chevy actually to build this truck, but it's fun to imagine the brand creating a small pickup that's specifically for performance applications. Presumably, the vehicle would slot above the Colorado in the range in terms of price but wouldn't be much larger physically.

Using the Camaro name means that offering a V8 engine would be a necessity. Naturally, we would want the truck with the ZL1's 6.2-liter supercharged V8 that offers 650 horsepower (485 kilowatts) and 650 pound-feet (881 Newton-meters) of torque. Combine this potent powerplant with a two-speed transfer case and a sophisticated all-wheel-drive system should result in a truck that could blast across the desert or crawl over some rocks. It would also be useful to lift the suspension and fit components capable of soaking up the bumps.