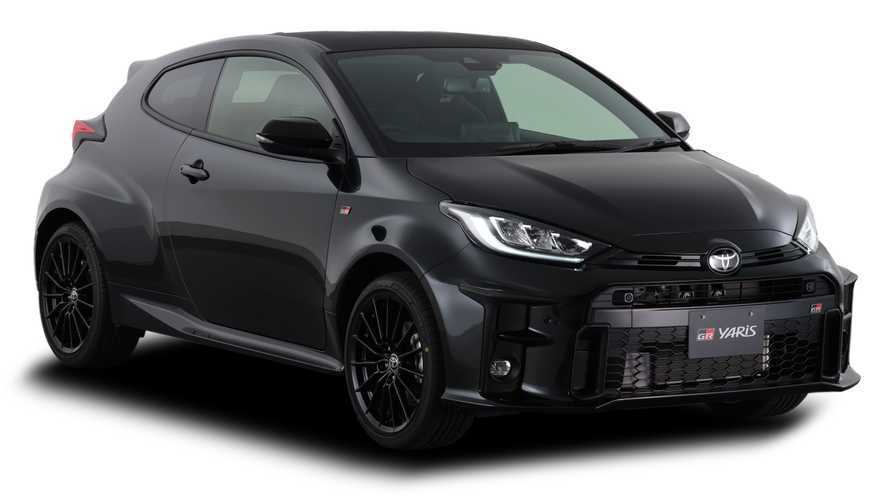 It's also only front-wheel drive.

In Japan where it used to be called Vitz until the new-gen model arrived, the Toyota Yaris lineup is ridiculously complex. We’ve counted nearly 20 different versions of the regular model, plus the performance GR model with its own set of three trim levels. The hot hatch comes with a turbocharged 1.6-liter engine developing 268 horsepower and 370 Newton-meters (273 pound-feet) of torque if you go for the RZ or RC model. These two are all-wheel drive and come with a six-speed manual gearbox as well as front and rear limited-slip differentials.

The full-fat GR Yaris model will be sold outside of Japan as well, but only the Land of the Rising Sun is getting the newly announced entry-level RS variant. It was previewed in concept guise at the Tokyo Auto Salon back in January where it was overshadowed by the actual performance version. While it may look virtually the same on the outside, there are some major changes underneath the skin.

For starters, the Toyota GR Yaris RS is front-wheel-drive only. Another major change is the switch from a three-pedal setup to a continuously variable transmission featuring what Toyota refers to as a 10-speed Sequential Shiftmatic paddle system providing “a manual-like experience.” It boasts the launch gear introduced a couple of years ago, making the transmission quicker at low speeds compared to a conventional CVT.

The GR Yaris RS also gets a three-cylinder unit, but it’s a smaller 1.5-liter naturally aspirated engine producing only 118 horsepower and 145 Nm (107 lb-ft). The only advantage this base version has over the actual hot hatches is the lower weight as it tips the scales at 1,130 kilograms (2,491 pounds). The midrange GR Yaris RC is 120 kg (265 lbs) heavier after adding the AWD-related hardware, while the range-topping GR Yaris RZ with its extra kit adds another 30 kg (66 lbs).

The Yaris Is Now A Crossover, Too:

As a final note, it’s worth mentioning the GR Yaris sold in Europe is slightly less powerful than the turbocharged JDM-spec model, offering 257 hp and 360 Nm (266 lb-ft) or 11 hp and 10 Nm (7 lb-ft) less than its Japanese counterpart.

Toyota City, Japan, June 2, 2020―Toyota has announced its full line-up for the new GR Yaris models to be sold in Japan. Pre-orders for the GR Yaris*, which are currently being accepted online, have already reached approximately 6,000 units in Japan and Europe. In addition to the RZ in Japan, the line-up will include the RS, which enables the fine-tuned performance of the GR series to be readily enjoyed, and the competition-focused RC, with sales scheduled to commence around September 2020.

The new GR Yaris incorporates lessons from the TOYOTA GAZOO Racing World Rally Team about how to make cars that are competitive in the WRC, as well as evaluations by non-Toyota professional drivers from the early stages of development. It was developed to respond to driver input on various types of roads around the world, and enable anyone to drive as they wish with peace of mind.

In addition to using aluminum for the hood, back door, and door panels, the upper body of the GR Yaris features a carbon fiber-reinforced plastic roof panel formed using the sheet molding compound method, which accommodates a high level of freedom in shape design. The robust three-door cabin fuses light weight with outstanding aerodynamic performance.

By optimizing front and rear suspension settings, for example, through its participation in the WRC, TOYOTA GAZOO Racing has come to know the various types of roads regularly used by its customers around the world; the new GR Yaris incorporates the knowledge and expertise accumulated by the company as it seeks to refine its people and its cars through the pursuit of making ever-better cars.

Production will be carried out at the GR FACTORY, a dedicated production line that has been established at Toyota's Motomachi Plant, which has a long and solid track record of manufacturing sports cars. There, preparations are being made for takumi (master craftsperson) team members to assemble the cars.

To cater to the needs of Toyota customers, the GR Yaris will be available in three models in Japan.

Characteristics of each model in Japan

For further details regarding each of the models, please visit the following website
https://toyotagazooracing.com/gr/yaris/

The pre-order models will feature a matt-black paint for certain specifications such as diffusers and rear spoilers. In addition, marble-pattern carbon roofs and Emotional Color Premium Sport Seats are available as manufacturer's options. These models will also have optional special feature in the form of Morizo-signature on windshield glass.

Customers who pre-order will be invited to sales discussions at customers designated dealerships in July. For Japanese customers, cars are scheduled to be preferentially produced in order of order date.

In addition, movies with exclusive content highlighting the appeals of the GR Yaris will be distributed to customers who sign up for pre-order, while customers who actually complete purchases in Japan will be presented with special gifts including WRC Rally Japan tickets and an original GR Yaris miniature car.