Lincoln MKZ To Die On July 21, Same Day As The Ford Fusion

All trim levels will be discontinued.

The Ford Fusion will very soon be discontinued. Just a few days ago, we learned that the last surviving sedan in the brand’s lineup will go out of production on July 21. It turns out the platform-sharing Lincoln MKZ will also reach the end of the line on the exact same date.

According to FordAuthority, the very last example of the luxury sedan will roll off the assembly lines at the Ford Hermosillo plant in Sonora (Mexico) on July 21. That’s the same factory that also assembles the more mainstream Fusion. All trim levels will reportedly be discontinued at the same time, including the MKZ Hybrid and MKZ Black Label. Ford will replace the two sedans on the assembly lines with the new Bronco Sport.

Taking into consideration the above, the 2020 model year would effectively become the final for the luxury sedan. For its final year of production, the MKZ received welcomed upgrades, including new equipment packages, additional color options, new wheels, and grille designs for the different trim levels. No mechanical improvements were in the cards.

Say Goodbye To The MKZ:

With the discontinuation of the MKZ, the Continental will remain the only sedan in Lincoln’s lineup. Unfortunately, it’ll also be canceled after the current generation and it’ll be very interesting to see whether the brand will continue its existence without a single sedan in its family, something its dealers wouldn't be happy to see. According to a recent report, sedans still account for roughly a third of the company’s business.

Mechanically Related Fusion Going Out Of Production, Too: 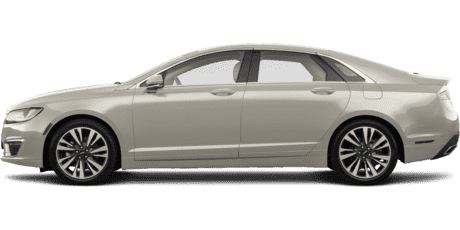