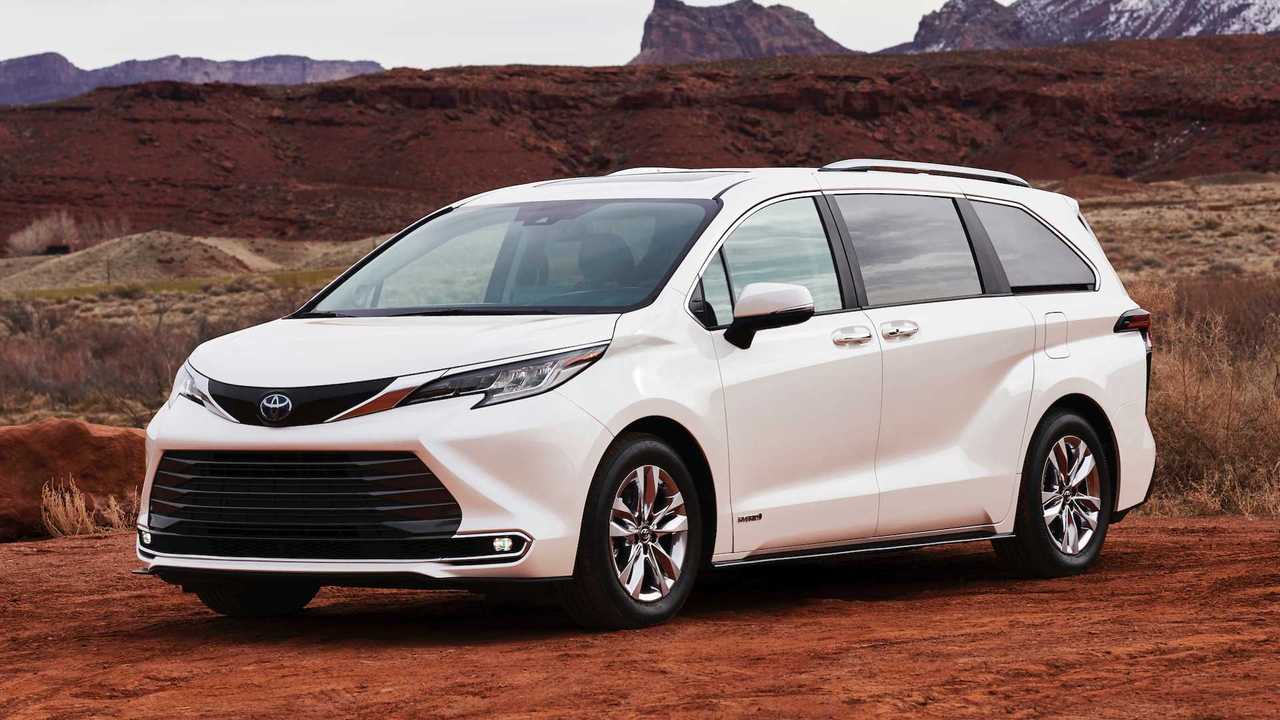 The new platform can support plug-in capability, but a Sienna Prime probably isn’t on the docket.

The 2021 Toyota Sienna is the first in its class to ditch a traditional gas engine in place of a hybrid powertrain exclusively. That setup means the minivan produces 243 horsepower (181 kilowatts) and achieves up to 33 miles per gallon (estimated by Toyota) in the right spec. It even comes with an optional all-wheel-drive system. But since some people are questioning whether Toyota will offer the Sienna with the RAV4 Prime's same plug-in setup. Here's the short answer: probably not.

We spoke with Toyota executives about the new Sienna and Venza crossover via video conference call, and learned that a Sienna Prime is "technically" possible – but unlikely. Jack Hollis, Group Vice President and General Manager of Toyota Marketing, says that there are "no plans on either [Sienna or Venza Prime] at this point."

But given that the Sienna and Venza use the same versatile TNGA-K platform as the RAV4, plug-in options would make sense. And it would undoubtedly improve the efficiency of both models for customers with easy access to electric charging. In the RAV4 Prime, the plug-in powertrain produces 302 hp (225 kw) and allows for up to 39 miles (63 kilometers) of electric driving. The RAV4 Prime, Toyota projects, could achieve up to 90 MPGe.

To date, Toyota has sold 15 million hybrids worldwide – and the company shows no signs of slowing. Executive Vice President of Sales for Toyota Bob Carter told us in the same conference call that the company wants a fully electrified lineup by 2025, with 25 percent of those sales being all-electric. And already the Japanese automaker is finding success with two of its newest electrified SUVs: the RAV4 and Highlander hybrids.

"Our most in-demandRAV4s and Highlanders are actually the hybrids," Carter notes. "We've been critically short on RAV4 Hybrids since we introduced it."

Only time will tell if Toyota changes its mind on the possibility of a plug-in Sienna Prime (or even a Venza Prime for that matter). Until then, buyers looking for a minivan with a plug only have the Chrysler Pacifica Hybrid to choose from.

A Closer Look At The New Sienna: