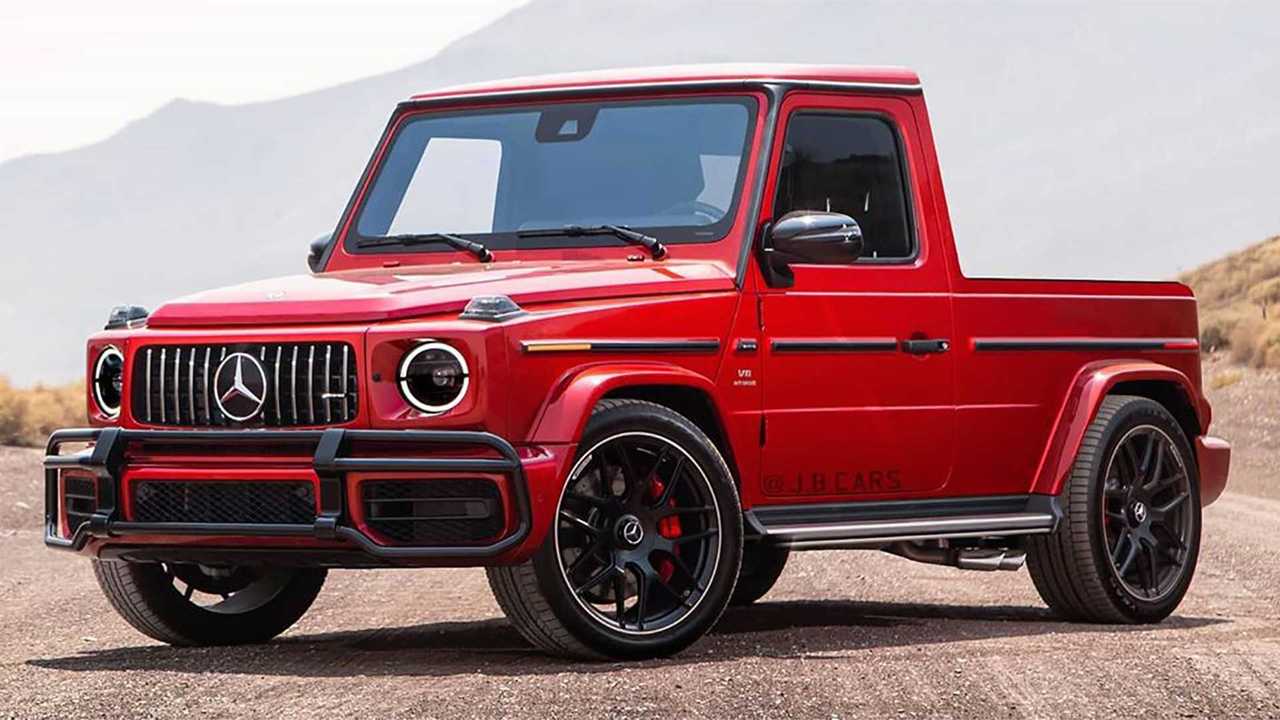 Replace the box with a bed.

Mercedes X-Class production will end later this month. The three-pointed star announced earlier this year that it’d discontinue the model to cut costs. It’s a niche product, and one many would have liked to see sold in the U.S. However, its demise does present Mercedes with an opportunity for something far more audacious – a G-Class pickup truck. With the X-Class nixed from Mercedes’ lineup, why not offer something that may not sell in volume, but could sell for a high price?

Renderings from the j.b.cars Instagram page show what Mercedes could do with a G-Class-based pickup truck. If Jeep can give the Wrangler a pickup sibling, why can’t Mercedes do the same? The rendering shows the G-Class pickup sitting lower over the wheels. Up at the front, the G-Class keeps its trademark face and upright-oriented windshield. It looks like a regular G-Class from the front doors forward.

The G-Wagen Has Class:

Super-Rare Puch 500 GE Is For Sale, But Don't Call It A Mercedes

Brabus 800 Adventure XLP Is Rugged, G-Class-Based Truck Of Your Dreams

However, things get weird the further you move toward the rear. It keeps the swinging liftgate, but this time it opens to a truck bed instead of the SUV’s cargo area. The spare tire sits in the bed flush against the cab. Surprisingly, the rear taillights have no modifications. They already sit low near the bumper, though they look more squished than normal.

The rear also reveals this is an AMG G63. You can see the shiny exhaust tips poking out in front of the rear tires, too. That means it likely has the automaker’s twin-turbocharged 4.0-liter V8 under the hood. Having 577 horsepower (430 kilowatts) in a two-door pickup truck sounds like pure fun.

The rendering sacrifices the second row for the truck’s bed, significantly limiting its functionality. Though it does give the truck personality as many of today’s mid-size pickups come with no fewer than two rows of seats and four doors. It’d have character.

It’s unlikely Mercedes will dive back into the pickup truck market anytime soon. The X-Class first went on sale a little of two years ago, and sales dropped between 2018 and 2019. At one time, Mercedes had planned for a flagship V8 model, though that’s dead, too. Maybe Mercedes could revive it as a G-Class pickup?