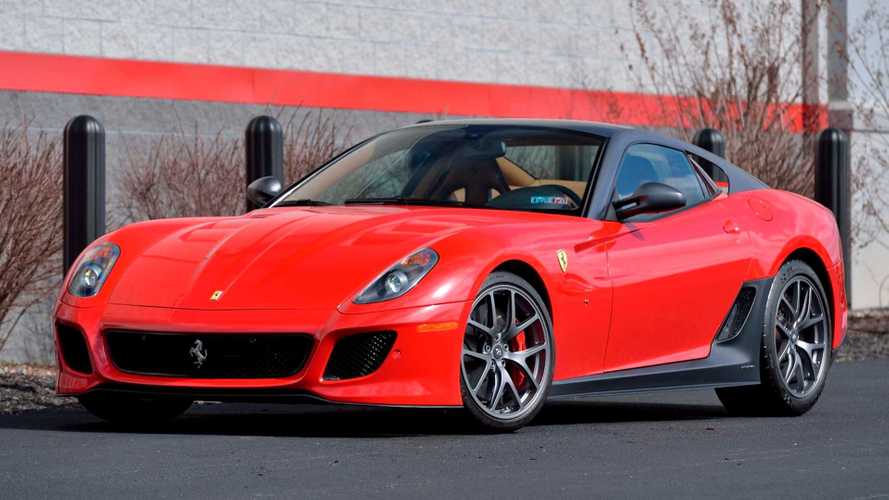 It was driven on average for less than 20 miles each year.

When the 599 Gran Turismo Omologata came out back in 2010, it had some big shoes to fill considering it was Ferrari’s only third model to carry the renowned “GTO” badge after the iconic 250 GTO from the 1960s and the 288 GTO launched in the 1980s. Only 599 cars were made, but the one featured here – built in 2011 – is even rarer as it’s one of the only 125 examples manufactured for the U.S. market.

It’s not the only thing that makes it special as the excellent condition is attributed to the fact the supercar hasn’t been used basically at all in nine years. It only shows 168 miles (270 kilometers) on the odometer, which goes to show it was a business investment from day one rather than a supercar to actually use and enjoy. It would be difficult for some of us to resist the temptation of hopping behind the wheel to take the hardcore 599 out for a spin, but it appears the owner always considered it a garage queen.

This particular Rosso Corsa example with a tan interior has a “Ferrari 31 Formula 1 World Titles” plaque and the Prancing Horse logo embroidered on the headrests. As with all the other GTOs, it’s nearly 100 kilograms (220 pounds) lighter than the 599 GTB and changes gears in only 60 milliseconds or about twice as fast as the transmission in the regular model.

See Other Interesting Cars From The Same Auction:

Even though it wasn’t an actual homologation car like its predecessors, the 599 GTO remains a hugely desirable Ferrari. Mecum Auctions will have it up for grabs during its Indy sale in June. An estimate has not been provided, but expect the rare car to fetch a pretty sum considering California-based CNC Motors has a 2011 599 GTO with 1,385 miles (2,229 kilometers) available for $700,000.