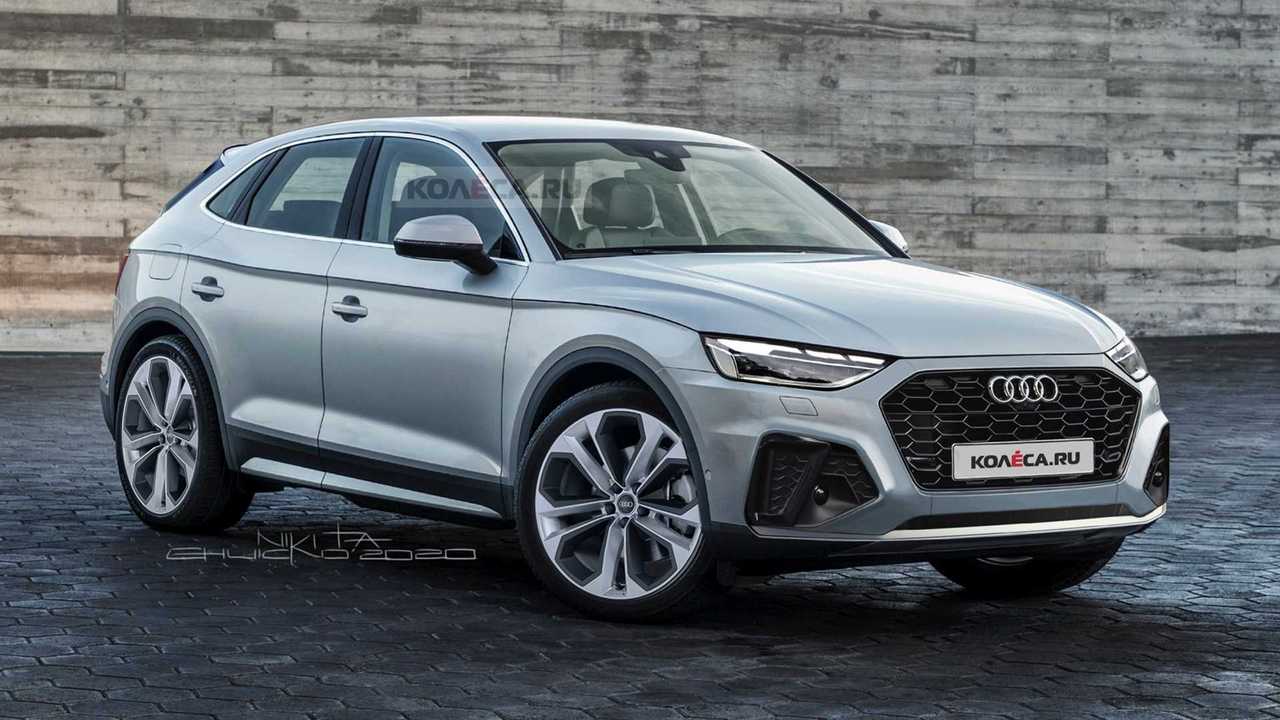 The swoopy Q5 will officially premiere later this year.

In Audi’s dictionary, the term “Sportback” has long been associated only with hatchbacks such as the A1 and A3 and liftbacks like the A5 and A7, but as of July 2019, the folks from Ingolstadt are slapping the “Sportback” badge on crossovers as well. The Q3 Sportback was the first high-riding model to carry the moniker when it debuted in July 2019, with the fully electric E-Tron Sportback joining in November. Last week, Audi announced it would introduce a third SUV Sportback later this year – the Q5 Sportback.

It didn’t take too long for the folks at Kolesa.ru to see into the somewhat predictable future of the first-ever Q5 Sportback as Audi’s belated answer to the X4 and GLC Coupe fighter has now been rendered. With the normal Q5 getting a facelift in the months to come, it’s no wonder the sleeker derivative has been imagined with fresh headlights and taillights in line with those of bigger SUVs sold by the Quattro brand.

Since car designers can’t seem to be getting enough of extra-long light strips at the back, the Q5 Sportback has been imagined with an LED line that covers the entire width of the tailgate. Having seen how the Q3 Sportback looks compared to the conventionally styled model, we’re not holding our breath for anything particularly exciting from its bigger brother.

Well, maybe that’s not entirely true. With Audi promising to pump out more RS-badged SUVs, it would make perfect sense for the long-awaited RS Q5 to get the Sportback treatment as well. This would allow the Four Rings to not only bridge the massive gap between the RS Q3 and RS Q8, but also go after sales of the X4 M and GLC 63 Coupe.

The Audi Q5 Lineup Is About To Be Updated:

The official reveal of the Q5 Sportback is scheduled to take place later in 2020 as one of the approximately 20 new models on Ingolstadt’s agenda.