2021 VW Nivus Returns In Most Revealing Teaser To Date 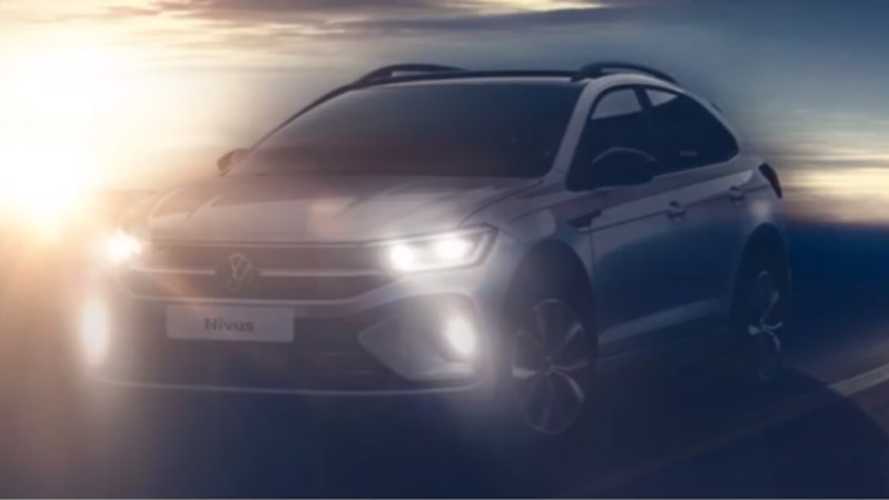 Trying to make a sense out of the Volkswagen’s global lineup is turning into a fulltime job what with all the new models the company is launching. A crossover assault is in full swing to capitalize on the insatiable thirst customers seem to be having for anything with a higher ride clearance. Case in point, the new Nivus is right around the corner as a small crossover initially for South America, with Europe getting the model next year when production will start on the Old Continent.

The German automaker is teasing what is referring to as the “New Urban Coupe” once again by releasing the adjacent image during the Annual Media Conference of Volkswagen AG. From what we’re able to see in this rather grainy photo, the Nivus has an exterior design heavily inspired by the T-Cross, but with a sloped roofline in a bid to create a sleeker side profile.

In a previous teaser released a few days ago, the short video allowed us to take a peek inside the cabin where the steering wheel proudly carried VW’s discreetly updated logo that debuted with the new Golf and ID.3. Not that it comes as a big surprise, but the interior will also be largely derived from the T-Cross, complete with a fully digital instrument cluster accompanied by a similarly sized touchscreen for the infotainment system.

VW South America has previously announced the local version will be available with a three-cylinder 1.0-liter engine delivering 114 horsepower when linked to the six-speed manual gearbox. The optional DSG will unlock 126 hp from the turbocharged small engine, with both versions send output exclusively to the front wheels as 4Motion won’t be available.

The full reveal in Brazil of the new MQB-based small coupe-styled crossover is programmed to take place this spring, with the European variant to follow in 2021.