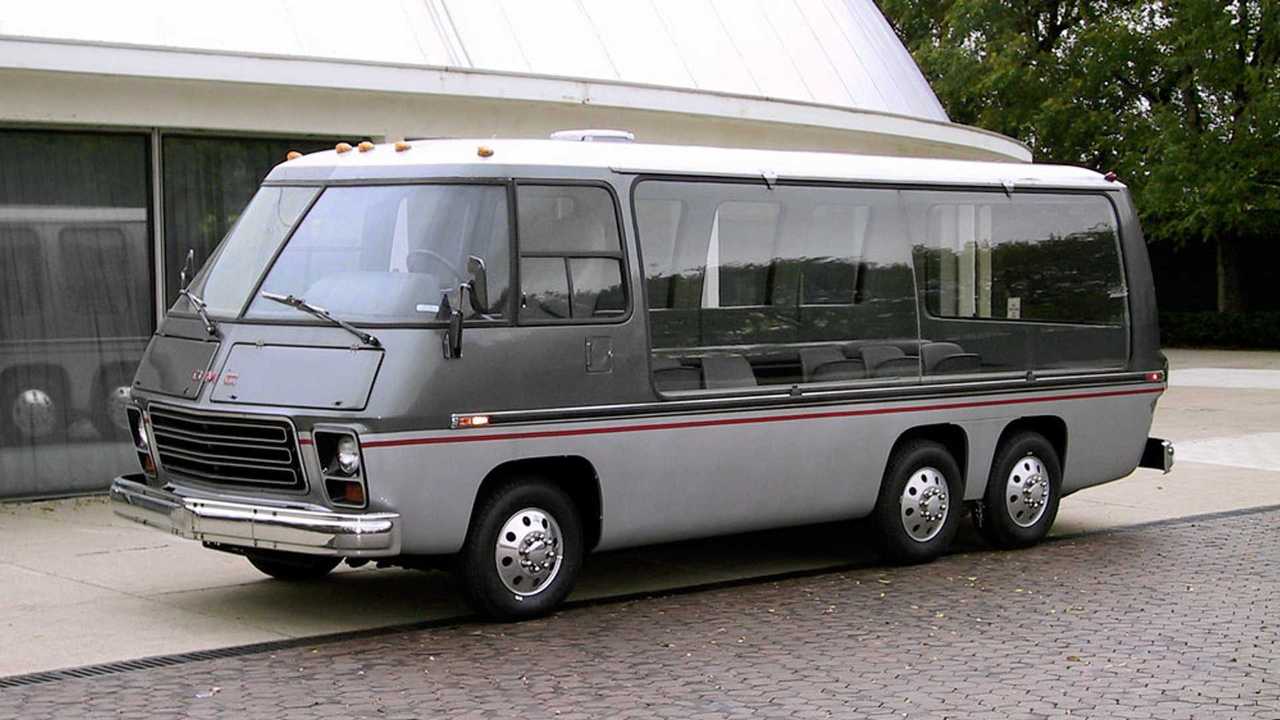 A massive window and stadium seating make this a road-going observation car.

Most examples of the GMC MotorHome, built between 1972 and 1978, featured the appliances, living room furniture, and beds typical of other RVs. However, this one-off machine saw the family-friendly MotorHome turn into an executive observation lounge, reportedly at the behest of GM design maven Chuck Jordan in the 1980s. Lovingly dubbed the Chuck Wagon after the designer, the MotorHome features a massive glass window on the driver’s side and two rows of seats facing out. Created specifically for GM’s design team, the Chuck Wagon was a way for GM executives to evaluate fullsize clay models and prototypes without exposing them to Michigan’s temperamental weather.

Then as today, designing a new vehicle usually resulted in full-size models rendered in clay. At GM, the clay vehicle would take up residence on a patio outside the studio once much of the design work was complete. There, executives (or VIPs from suppliers) would evaluate the vehicle. If weather was uncooperative, as it often is for two-thirds of the year in Michigan, the execs would drive slowly around the clay model in a sedan, taking in its styling features to provide feedback to the automotive stylists, who were left to observe the critiques in the wintry cold or the beating summer heat.

Check Out This GMC Camper With A Cool Look, Weird Story

However, once the Chuck Wagon arrived, entire executive teams and lucky designers could ride around the patio in climate-controlled comfort, with the driver-side glass wall providing a panoramic view of the model. According to Dean’s Garage, automotive supplier PPG built the Chuck Wagon over a period of several months, and the quality was exceptional. The panes of glass had a gentle curve that matched the contours of the GMC MotorHome’s fiberglass/aluminum bodywork, with stadium-style seats trimmed in leather facing the window. That said, the glass was so heavy that it required the use of heavier-duty springs to combat a significant list to the MotorHome’s port side.

As such, we’d be reticent to drive the MotorHome-turned-observation car at speed on the freeway. However, the concept does inspire some ideas. If the wall of glass were on the passenger side and the seats reversed similarly, this RV would be the ideal road trip machine, giving the whole family an unspoiled view of the passing scenery. As it sits, the Chuck Wagon is an interesting footnoote in GM design history, a vestige of the craftsmanlike design techniques that some automakers are abandoning wholesale.

In standard form, the GMC MotorHome was a revolutionary beast that still inspires plenty of enthusiasm. A front-engine, front-wheel-drive layout lowered the interior floor (and the roofline as a result), easing maneuverability for first-time RV owners. Furthermore, aluminum and fiberglass made up the majority of the MotorHome’s structure in a time when most RVs used rot-prone wood structures. GM considered a Chevrolet version that was never produced.