Bed Bugs In Ride Share Vehicles Is Our New Nightmare

Contrary to their name, bed bugs don't just live where you sleep, and ride-sharing vehicles can be a breeding ground for the parasitic critters. Don Brooks, an exterminator from Dallas, Texas, tells the local WFAA News that he treats five to ten of these vehicles a week.

"Drivers either see bed bugs, someone complained, or they were suspicious of a customer and just want to make sure," Brooks told WFAA News. "It's highly likely they can crawl off of someone."

Given their smaller size, treating a vehicle for bed bugs is easier than doing a home. Brooks has two methods of eliminating the critters from a car. He can spray a pesticide or put the vehicle in a tent and increase the temperature to 150 degrees, which is hotter than the insects can survive.

For riders, Brooks recommends if they are worried about picking up a bed bug, then put your clothes in the dryer on high heat for about an hour. While your stuff is tumbling, take a shower.

Is Flight The Future Of Ride Sharing? 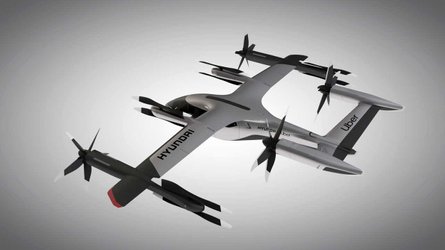 Hyundai Unveils Full-Scale VTOL Air Taxi At CES Because Why Not?

The issue of hygiene could be a big factor as ride-sharing companies take the human driver out of their vehicles and make them autonomous. It needs to be someone's responsibility to make sure that the cabin is not only clean but also that there aren't any tiny, parasitic insects crawling around the cabin.

A variety of automakers are already working on vehicles that ride-sharing services could use as a platform. For example, Amazon, DiDi, Mazda, Pizza Hut, and Uber are partners on Toyota's e-Palette Concept that's basically a box on wheels for hauling people around.  The Project Vector from Jaguar Land Rover is a very similar vehicle, except that there's a steering wheel so a human could conceivably take over control.

Source: WFAA via The Drive