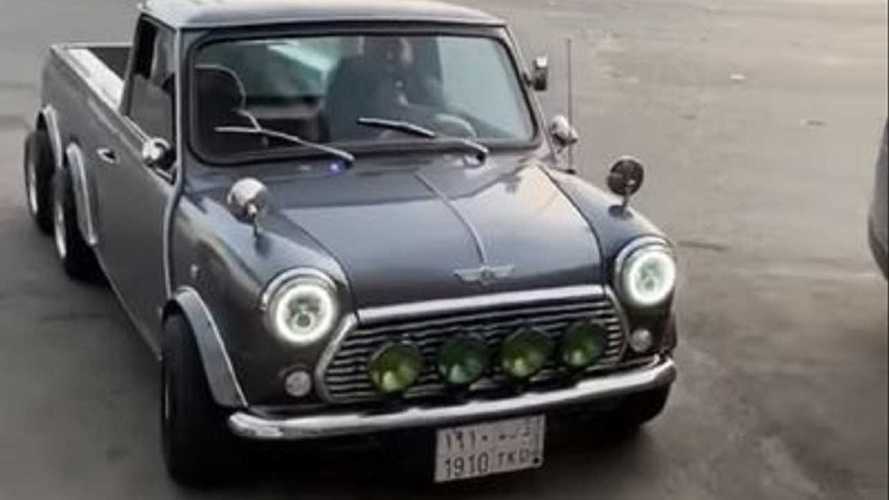 Not quite the six-wheeled truck you're expecting.

Pickup trucks with six wheels can instill fear to unsuspecting lookers. They're huge, almost sinister, and quite frankly, a vehicle with six wheels is an unusual sight on public roads. Nowadays, there has been a number of six-wheelers around, some of them are even 6x6, which makes the idea even more frightening.

Hennessey is one of those tuning companies who have perfected the idea of six-wheeled trucks. First, the VelociRaptor 6x6, which is a Raptor with an extra axle at the back. The Texas-based company then introduced a Chevrolet counterpart, the Goliath. Aptly named and equally scary. Then you have the Defender 6x6 truck from the U.K. and if you're into motorhomes, Unimog has its own 6x6 overlanding rig.

With these big rigs, we'll willing to bet that Mini Cooper isn't on the list of probable vehicles that can be converted into a six-wheeled truck, until we saw this:

Yes, it's a six-wheeled Mini Cooper that has been converted into a pickup truck. While the idea is eyebrow-raising, we can't help but fall in love with the actual vehicle seen on this video. It's adorable, as cute as a button, and really, we had a hard time recovering from the gushing we felt upon seeing this Mini truck.

Because Six Wheels Sound Like A Lot Of Fun:

There's not much details about the six-wheeled Mini Cooper based on the video embedded above. But based on the language spoken by the original poster, it looks like this particular build is from the Middle East. The video title also mentioned that it's a Mini 6x6, but we're on the fence about that since not all six-wheeled vehicles are 6x6, and to have all the wheels running on such a small vehicle body sounds like an impossible task.

Nevertheless, whoever has made this build deserves an award, and our local tuners should take a hint at this madness.