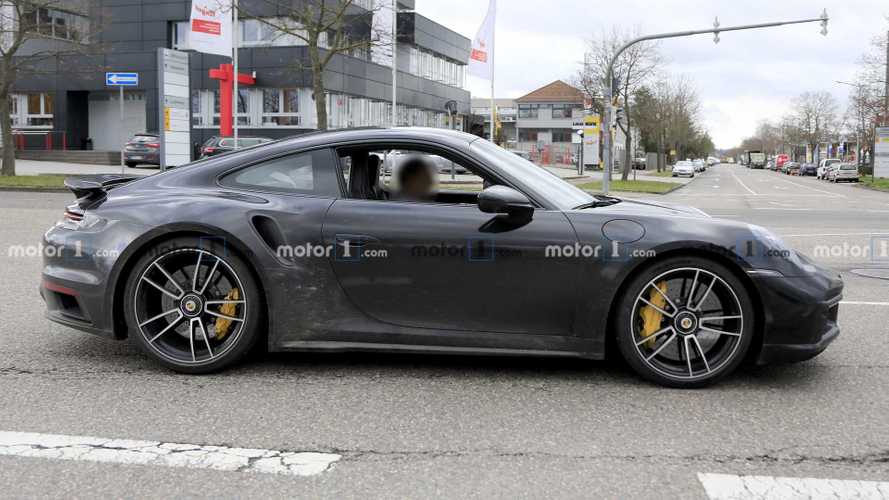 In the words of Arnold Schwarzenegger: "It's Turbo time!"

After launching the latest-generation 911 with the Carrera S and 4S back in November 2018, Porsche extended the lineup with the base models in July 2019. The all-wheel-drive Carrera arrived in September and was followed at the beginning of the year by the first special version based on the 992, the Belgian Legend Edition to honor Jacky Ickx. Now, the folks from Stuttgart are getting ready to come out with the big guns – Turbo and Turbo S.

According to a new report published by Autocar, the dynamic duo will celebrate its world premiere in about three weeks at the 2020 Geneva Motor Show. The models are said to share a flat-six 3.8-liter with bigger turbochargers dialed to 570 horsepower in the case of the standard Turbo and at least 620 hp for the beefier Turbo S. Output could be even higher in the case of the latter as a report published by Road and Track last November said the S will have somewhere in the region of 641 hp.

Those are some jaw-dropping numbers and vast improvements over the old 911 Turbo and Turbo S, which already packed a mighty punch of 540 hp and 580 hp, respectively. These new members of the 992 family will be visually distinguishable by their chunky rear wheel arches and specific bumper design, along with a unique set of wheels and some model-exclusive paints.

Autocar believes the new Turbo models will weigh slightly more than their predecessors despite carrying a lighter body. Nevertheless, the S version is expected to shave off a tenth of a second from the 0-60 mph (0-96 km/h) sprint, which in the case of the 991-gen Turbo S Coupe with the Chrono Package stood at 2.8 seconds. Top speed will likely remain at 205 mph (330 km/h).

Both Turbo models will share an all-wheel-drive system and an eight-speed, dual-clutch automatic transmission. The hotter of the two models will also pack all-wheel-steering and large carbon-ceramic brake rotors behind the 20-inch front and 21-inch rear wheels. Porsche has engineered the Turbo S with an open front differential and an electronically controlled limited-slip differential at the back, with a hydraulically controlled limited-slip center differential also part of the package.

Following the release of the Turbo models, Porsche will diversify the range furthermore with the already teased GT3 track-focused derivative. The GTS and Targa models have been spied undergoing testing, while a hardcore GT2 will eventually follow. For the first time, a hybrid 911 is on the agenda and Porsche has promised it’s going to be the “highest-performance 911 of all.”