Ah, our old friend the car horn. Some of you out there use it more than others, but whether it's a friendly beep beep or a massive cahuuuuga, it does serve a vital automotive function. That is, it should serve a vital function – notifying others in your immediate vicinity of something urgent is a good example. It should not be used to signal your general annoyance in a traffic jam, or for scaring unsuspecting people walking down the middle of the lane in a crowded parking lot, though admittedly that is tremendously satisfying.

You also shouldn’t lay on the horn if a car doesn’t move within three-thousandths of a second after a traffic light turns green. Apparently that sort of thing is a big problem in Mumbai, where impatient drivers are so horn-happy that they honk constantly, creating a legitimate concern about noise pollution for authorities. It’s such an issue that the city is testing traffic lights connected to decibel meters, and if there’s too much noise, the light won’t change. Think of it as the automotive equivalent of your 3rd-grade teacher keeping the entire class from recess until the troublemakers shut up. The longer they talk, the longer everyone waits.

In a city of 20 million people where traffic congestion is already off the charts, the prospect of waiting longer could be proper motivation for drivers in Mumbai to behave themselves. Of course, it could also make a bad situation worse, but a report from Interesting Engineering suggests that the tests delivered positive results. Mumbai’s police force is now looking into expanding the sound-activated (or in this case, inactivated) traffic lights throughout the city. 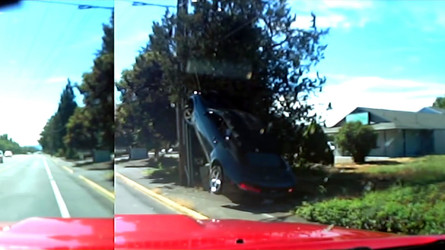 Bad Karma Strikes Black Camaro, Forces It To Do A Pole Dance
⠀ 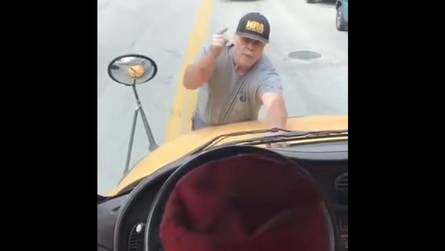 Could such a crazy system work in other congested areas such as New York or Los Angeles? There are safety concerns, such as a person legitimately using their horn to help clear traffic in an emergency. However, from the video it looks like the system only activates when a veritable chorus of horns are sounding, so one loud noise shouldn’t trigger the red light. Furthermore, having silence might actually help the person having the emergency be heard and acknowledged. Also, if traffic is already gridlocked to the point of madness, well, no amount of honking or extended red lights will magically clear the way.