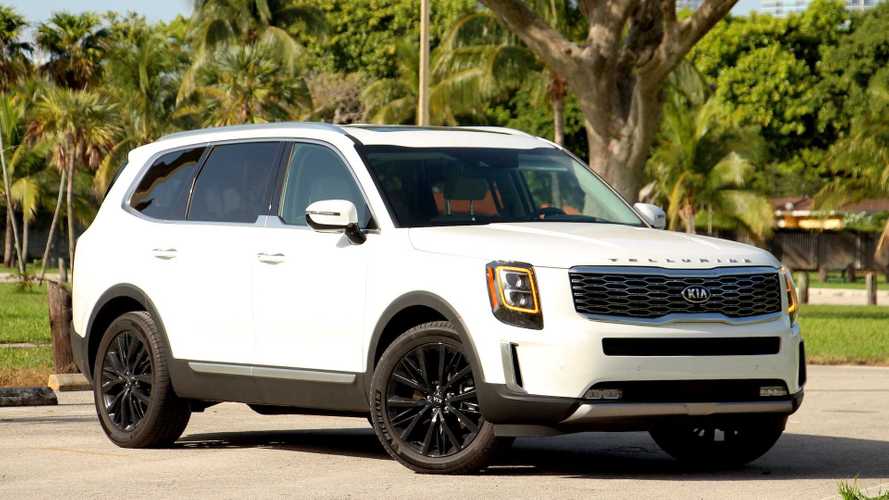 This is a good problem to have.

Kia has a problem. Too many people want the Telluride. Terrible problem to have, right? Well, Kia held a conference call earlier this week announcing it’d increase Telluride production to 100,000 a year, anticipating demand to remain high, according to a new report from MotorGraph.com. That’s above the number of Tellurides sold in the U.S. last year, but the three-row SUV was only on sale for 11 months, and crossovers and SUVs are still sales leaders.

Kia Is Finding Success With The Telluride:

Telluride sales started slowly in February but quickly jumped to over 5,000 a month for most of the year. For the last quarter of 2019, sales were over 6,000 a month, with Kia selling a total of 58,604 Tellurides for the year. That’s a strong outing for an all-new three-row SUV that has to compete against the Ford Explorer that sold 184,653 units in 2019, though the latest Explorer did suffer delays due to manufacturing problems.

Helping Kia win SUV converts is its slew of awards, including the 2020 North American Utility of the Year, beating out the Hyundai Palisade, its corporate sibling, and the gorgeous Lincoln Aviator. But the prestigious title wasn’t the only award for Kia’s new SUV.

One area where the Telluride doesn’t beat the Palisade is on price. From the start, the Kia has been more expensive, and even after a slight price increase to both, the Kia is still the more expensive offering, though that doesn’t appear to be slowing interest. Last week, a Kia spokesperson said the Telluride is “on deep back order,” and the company is “averaging 7-8 day supply nationwide.” The Telluride now starts at $33,060, including destination.

The Telluride’s first-year success has Kia thinking of expanding Telluride variants. There are rumors of a more luxurious trim along with an off-road package. There are even rumors of a long-wheelbase version, too. Either way, Kia has a popular new SUV, and it’d be a shame if the company didn’t capitalize on that.