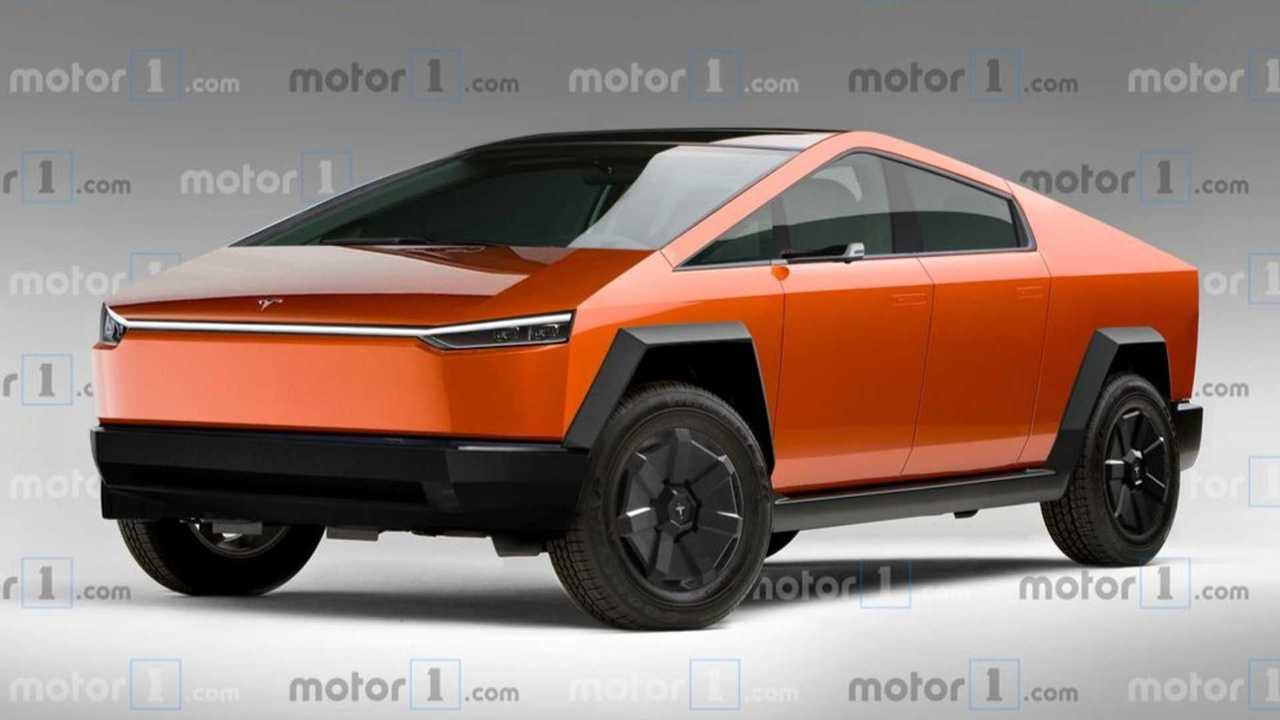 Through the last few days, we’ve seen a fair share of renderings involving the Tesla Cybertruck - from a police car for Dubai, to a Cyberwagon, to a Cybertruck Hellcat. However, none of them tries to put production clothes on the all-electric truck, so we decided to imagine a more civilized, road-legal version with an exclusive virtual drawing.

The Cybertruck is still just a prototype, which means it won't necessarily retain its basic shape for the production variant. Changes to the design may be required for practical reasons, or legal ones – the U.S. government has strict guidelines on everything from a vehicle's hood height to the placement of its rear taillamps.

For instance, if we assume Tesla wants to keep the Cybertruck's edgy shape, the zero-emission workhorse would definitely need proper headlights to replace the thin strip at the front. The clusters seen in this rendering are still quite minimalistic, but should be more than enough to accommodate projector lenses for the LED lamps.

Another important mandatory feature is the pair of sideview mirrors, which in this case are envisioned as small cameras. This technology is not yet approved as street-legal worldwide, but it is in some places like Japan. We suspect it’s only a matter of time before it's made legal in the U.S.

Also mandatory are windshield wipers and, possibly, body paint. Our rendering proposes an orange exterior hue, though any bright color would fit the truck nicely. Then, there are the road-legal tires, which would be smaller than what we saw on the concept and feature a less aggressive tire tread.

Finally, the our reimagined Cybertruck now features rounded edges and points on its body, like the apex of the roof and the rear point of the cargo bed. We suspect federal regulators may have an issue with such an angular, pointy body that could cause extra injury in a crash, so we softened them up.

Rounding off the Cybertruck's hard edges might not be possible in real life, though, because Tesla claims the steel exoskeleton can't be stamped into complex forms. That said, Elon Musk confirmed the steel used on the Cybertruck is the same steel (or very similar) used to wrap the SpaceX Starship Mk1. That space ship is a cylinder with complex curves near the nose. So obviously, the steel doesn't have to remain flat.

What do you think of our productionized Cybertruck? Does it look better than the original? Let us know in the comments below.