Cybertruck Nuts Were Going To Happen, And Now They Have [UPDATE] 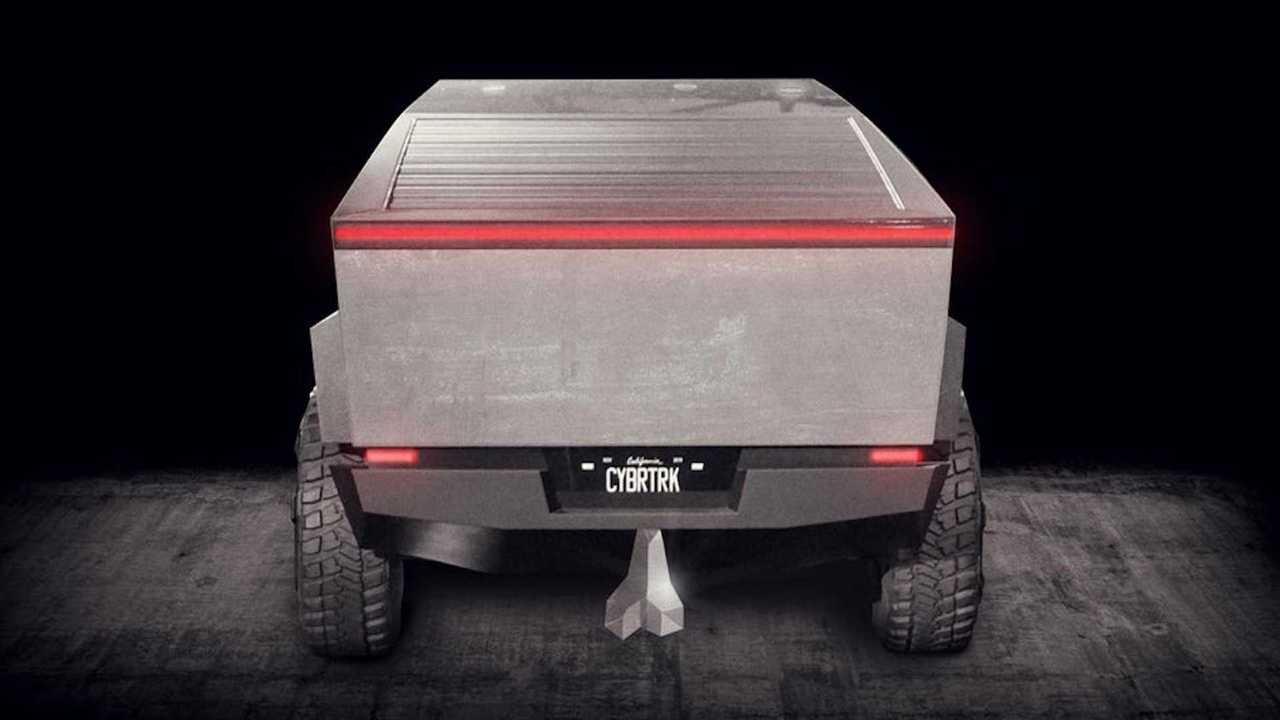 They aren't available just yet, but then again, neither is the Cybertruck.

Update 2: Motor1.com received an email on December 8 from an individual claiming copyright infringement on Cybertrucknuts.net for the Cybertruck Nuts design. Two renderings were uploaded to Thingiverse.com by user regsix7 on November 25 that appear to show an identical design called Cyber Truck Nuts. The renderings can be seen at https://www.thingiverse.com/thing:4000957/

Folks, it’s as inevitable as Thanos. It’s as tacky as a salesman’s plaid suit. It’s as juvenile as farting on your younger sibling. And yet, we can’t look away from cybertrucknuts.net – yes, cybertruck nuts – with both bizarre fascination and a sudden desire to watch old episodes of Jackass. Tesla’s new stealth-fighter-styled Cybertruck is still two years away, but you can already order a custom set of properly tasteless truck nuts for it right now. In theory, anyway.

One Cybertruck, Many Ways:

Here’s the deal. Yes, Cybertrucknuts.net is a real website, and perusing the content certainly suggests this is a real product. Or rather, it will be a real product in 2021, which is when preorders for cybertruck nuts will ship because let’s face it – massive polygonal nuts dangling from your lifted 2001 Ram diesel with 22-inch Captain America rims, five-inch chrome exhaust tip, and a peeing Calvin sticker in the window would make you look like you were, you know, overcompensating for something. Also, the nuts aren’t exactly real yet but there is a prototype, and according to the website, that makes them as real as the Cybertruck itself. So why not plunk down some cash for a refundable preorder? Well played, cybertrucknuts.net. Well played.

We stepped through the ordering process and found a choice between 3D printed plastic nuts for $10, or metal nuts for $30. Order soon and your metal cojones will only cost $15, and as an added bonus, the metal balls can also be used to shatter the side windows in the event of an emergency or to impress crowds at impromptu new vehicle debuts. Actually, that last bit hasn’t been confirmed just yet.

What we can tell you is that there’s a place to plug in a credit card if you’re so inclined to actually give this a shot. We were one click away from such glory, but stopped short once we realized we’d have to explain why the company credit card had a $15 charge for metal cyber balls. That’s a discussion we’re not ready to have. At least not without a couple of drinks first.

So, is this whole thing really real? Absolutely. We chatted with a company representative (yes, there's an official company in place) and there is a Kickstarter campaign going as well. We're told that over 200 preorders have already been made, and pop-up notifications on the website tell us people are preordering nuts several times a minute. We’re a bit suspicious of those “messages” however, unless there are lots of weird Tesla Cybertruck fans in Kentwood, McKinney, and Leicester.

We're hoping to get our hands on some Cybertruck Nuts soon for a proper, um, review.