What do you think of the pale yellow color?

While the model is largely forgotten in the United States, the Chrysler Valiant has a legacy as an important performance car in Australia. To capitalize on the 50th anniversary of the Aussie market's 1969 Valiant Pacer, the company now creates the Chrysler 300 SRT Pacer tribute car. It's a one-off for now, but the automaker intends to introduce a limited-run production version soon.

Chrysler wraps the body in Wild Yellow that evokes the shade available on the original Valiant Pacer. The pale yellow color gives the exterior a subdued appearance, despite the impressive performance capabilities. There are also black stripes down the side of the body and red accents, including a stripe around the wheels. Pacer 392 decals reference the engine's displacement in cubic inches.

The original Valiant Pacer was exclusive to the Australian market, and customers could get them Wild Yellow, Blue, and Red. The four-door packed a 225-cubic-inch (3.7-liter) slant six making 174 hp (130 kW) and running through a three-speed manual gearbox. That wasn't quite a muscle car of the time by American standards where big-block V8s shook the Earth. 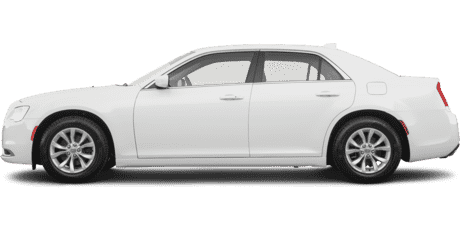 Chrysler isn't yet saying when the 300 SRT Pacer goes on sale beyond admitting it's coming "soon." However, sometime in 2020 is a likely timeframe.

A VALIANT TRIBUTE TO THE 1969 CHRYSLER PACER CELEBRATING 50 YEARS

20 November, 2019 – In true celebration of its Australian heritage, Chrysler Australia has created a custom, one of a kind Chrysler 300 SRT Pacer tribute car, celebrating the 50th Anniversary of an Australian motoring icon, the 1969 Valiant Pacer.

“Highlighting the signature details of the original, the Pacer tribute takes inspiration from the iconic design cues of the celebrated 1969 Valiant Pacer.”

The tribute Pacer’s 20-inch Black Noise Alloy Wheels are enhanced with the striking red stripe seen on the wheels of the 1969 Pacer, matching the red front splitter decal with the Pacer logo and boot lid decal.

The 1969 Chrysler Valiant Pacer was built exclusively for the Australian market at the Chrysler factory in Adelaide, South Australia. Targeted at Australians looking for a performance car, the Valiant Pacer was fitted with a 225 cubic inch slant six engine producing 130kW, paired to a 3 speed manual gearbox.

Today, the Wild Yellow Chrysler 300 SRT Pacer tribute car is powered by an even stronger HEMI V8 that produces a booming 350kW and 637Nm of Torque. All details from the original have been meticulously reproduced. The Pacer 225 decals turned into Pacer 392, which represents the cubic inch of the 6.4 V8 powertrain. The high-powered engine is paired with the advanced TorqueFlight ZF-8-speed automatic gearbox with Rotary E-shift, Launch Control and Rear Wheel Drive.

To further celebrate the iconic Australian-made 1969 Chrysler Valiant Pacer, Chrysler Australia is excited to announce that a limited edition production variant will be released soon.