Chevrolet has a pretty impressive lineup of cars on display at the 2019 SEMA Show, which includes the one-off COPO Camaro John Force Edition, the Silverado HD Carhartt, and the vehicle you will see in the gallery below. It’s called the E-10 concept and, as you’ve probably guessed already, pays a tribute to the C10 truck from the early 1960s.

The study is based on a 1962 C-10 pickup and blends vintage style with modern technologies. Visually, it retains the overall shape and dimensions of the original model but an illuminated Chevy logo, LED lights at the back and up front, and a lowered suspension with 20-inch and 22-inch wheels (front and rear) give it a completely different stance.

A similar modernization is carried over to the cabin, where a fully digital display has replaced the conventional instrument cluster of the original truck. The rest of the interior retains the classic layout with the only major upgrade being a new set of leather-trimmed seats. 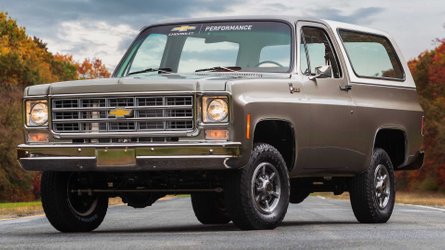 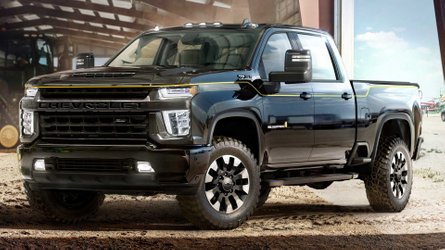 “General Motors has the in-house talent required to create a concept like the E-10,” Jim Campbell, vice president of Performance and Motorsports at Chevy, commented. “With the innovative thinking and expertise our performance team, electrification team and many others at GM bring, this project went from concept to a running vehicle in 18 weeks to demonstrate what the future of an eCrate propulsion system and hot rodding could look like.”

The power from the electric propulsion system is channeled exclusively to the rear wheels and provides 0 to 60 miles per hour (0 to 96 kilometers per hour) sprint in around five seconds. The estimated quarter-mile time is in the high 13-second range.