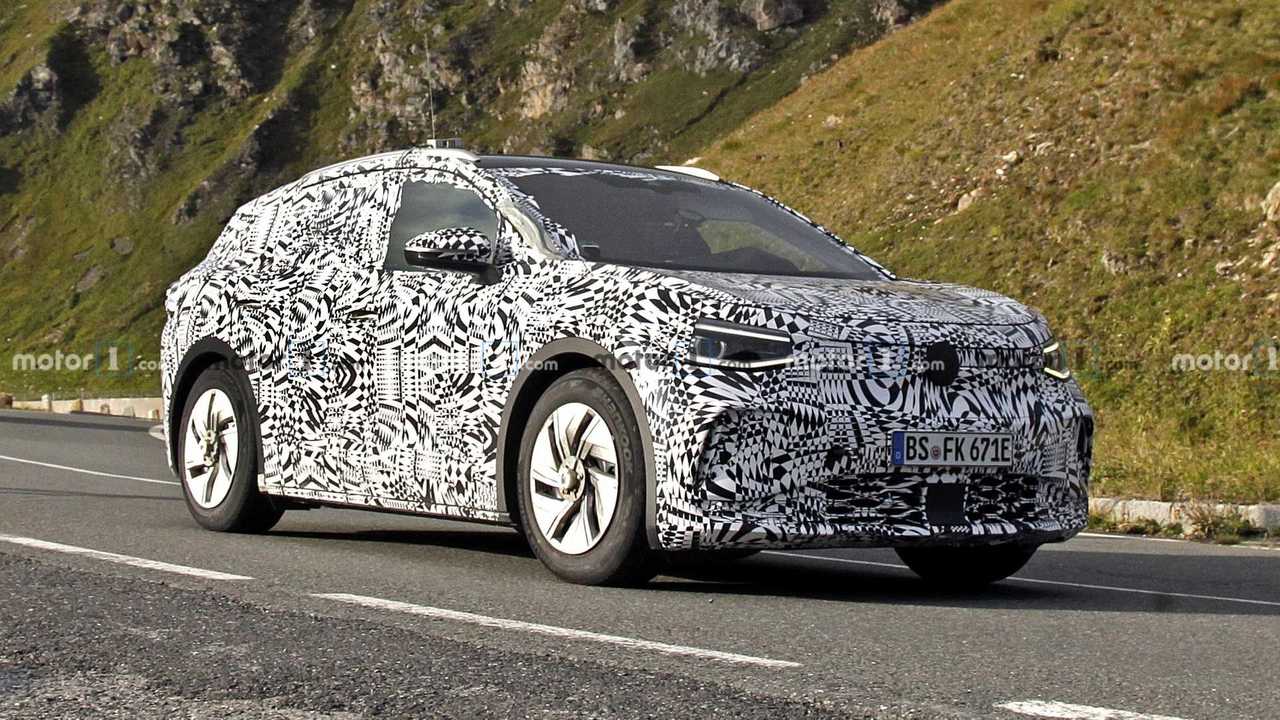 The battery-powered crossover will be the first of many to come from Volkswagen.

Volkswagen opened a new chapter in its history when it unveiled the all-electric ID.3 at the Frankfurt Motor Show last week. But for better or worse, it won't be selling that model in the United States, where the local market's taste for hatchbacks has long since been outstripped by its insatiable appetite for crossovers.

The model we're expecting to launch the German giant's new line of electric vehicles on this side of the Atlantic is the ID.4 – the production version of the ID. Crozz concepts showcased in Shanghai and Frankfurt two years ago. And these latest spy shots, captured in the Austrian Alps, give us our best look yet at how it'll appear in production guise.

Like the ID.3 hatchback, the ID.4 is anticipated to be built upon the same MEB modular platform that will form the basis for a wide array of electric vehicles coming down the pipeline from the Volkswagen Group and its many subsidiaries, in parallel to the Premium Platform Electric (PPE) architecture underpinning the new Porsche Taycan and other upscale EVs to come. Only the ID.4 will be taller than most, offering a more commanding driving position and increased interior space – somewhere in between that of the short-wheelbase, five-seat Tiguan offered overseas and the elongated, seven-seat version (known elsewhere as the Tiguan Allspace) that we get here in America.

VW ID.3 R Could Happen At One Point

The ID.4's larger form will necessitate a more potent electric powertrain than the smaller ID.3's. So in conjunction with the 200-horsepower electric motor driving the rear wheels on the hatchback, we're anticipating Volkswagen will install a 100-horsepower motor on the front axle to deliver a combined 300 hp and through-the-road all-wheel drive.

We could even see a slantback “coupe” version to follow, but the version we're looking at here is clearly the conventional wagon-style model that will likely set the stage for Volkswagen's electric-vehicle onslaught in America.