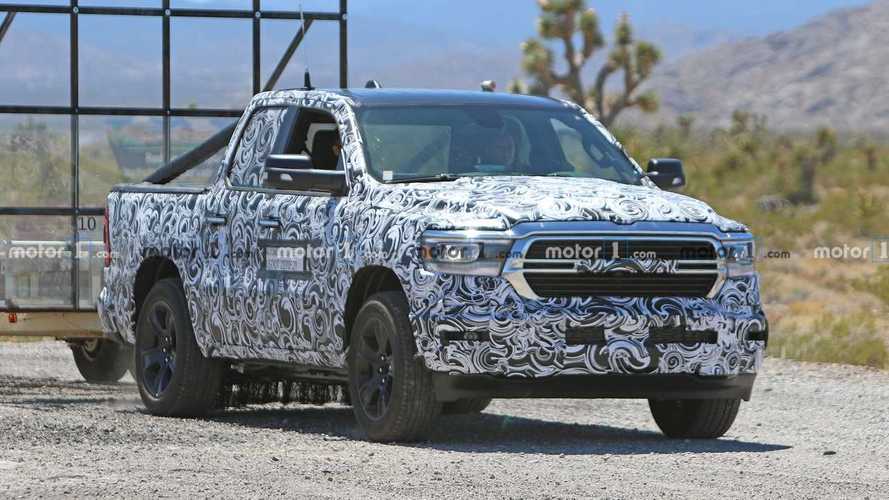 The luxurious 1500-based SUV is expected to be unwrapped by spring 2020.

Jeep is on its way to revive the Grand Wagoneer nameplate, and our spies have already caught a test mule testing at the dreaded Death Valley in California.

To recall, Jeep has confirmed in 2017 that the production of the Wagoneer and Grand Wagoneer gets a green light, together with the assurance that a Wrangler pickup would be in tow. The company has already delivered with the latter, with the now-popular Gladiator hitting solid sales numbers across the country.

The test mule here is believed to be the upcoming Grand Wagoneer testing its towing capability. The truck-based SUV is said to be sitting atop the Ram 1500's platform, which puts the Grand Wagoneer in direct competition with the Chevrolet Tahoe, Ford Expedition, Cadillac Escalade, and Lincoln Navigator.

There will be luxury trims, as well, which will go head to head against the BMW X7, Mercedes-Benz GLS-Class, and Infiniti QX80, among others. With the Ram 1500 getting positive feedback from several sites, the mentioned rivals would be in for a tight competition with the upcoming Jeep SUV. We're just not sure if it would be inheriting the woodgrain trim, though, but let's not get our hopes high.

More details about the Grand Wagoneer emerge based on our spies. Though it is based on the Ram 1500, the SUV will have an independent rear suspension for better ride quality and interior packaging for the third row. It will also have an adjustable ride height, again from Ram.

As for powertrain options, the Grand Wagoneer is expected to get V6 and V8 engine choices, with a new 48-volt hybrid system to be introduced with the vehicle. A plug-in hybrid variant may also come as an option.

The Jeep Wagoneer and Grand Wagoneer are said to be unwrapped by spring 2020, so more details about the revived SUV nameplate should emerge in the months to come.