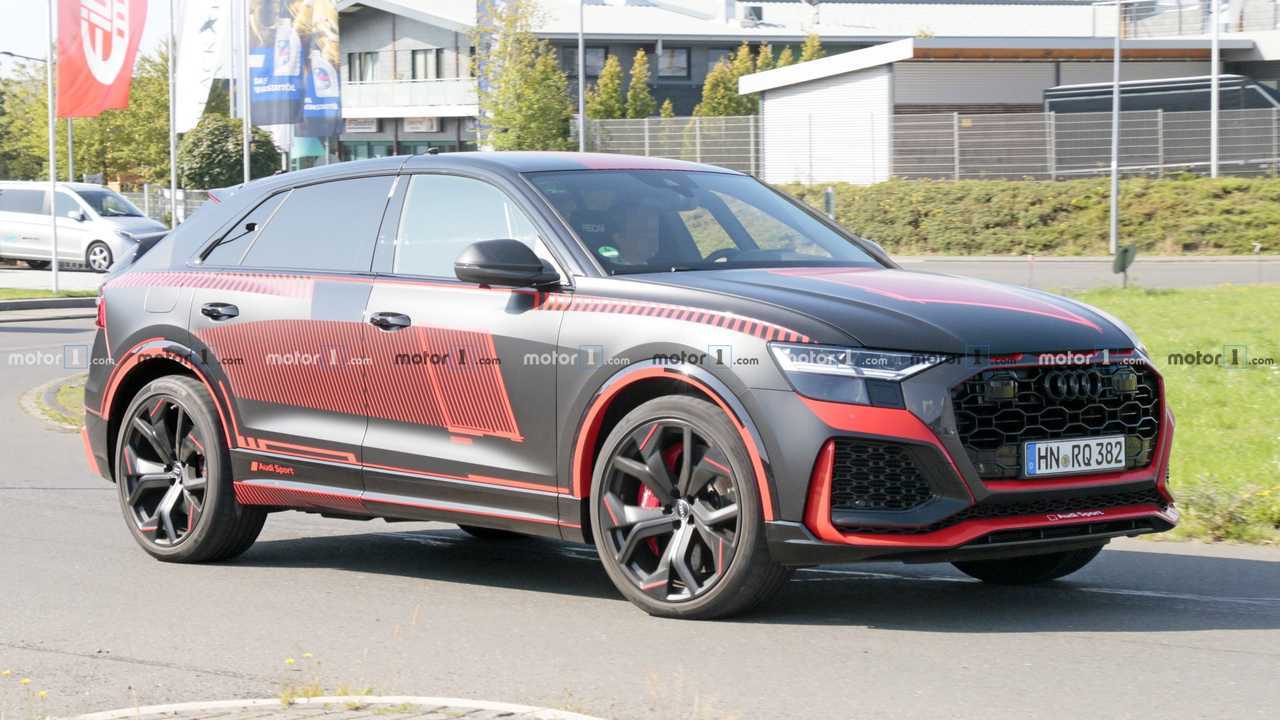 The hefty high-performance SUV should pack a potent punch.

Audi has done little to keep its king-sized high-performance Q8 SUV under wraps. Sightings of lightly camouflaged prototypes started occurring in mid-2018 after a year of rumors. The camouflaged covered the front fascia, wheel arches, the lower portion of the doors, and the rear bumper. It wasn't hiding much. Instead, the prototypes confirmed the RS Q8's development. We now have new spy photos that throw away the camouflage while giving us our first clear look at the performance Audi SUV.

With the camouflage gone, we can now see the aggressive front fascia design we've come to expect from high-performance Audi RS models. Large intakes flank the giant grille in the lower corners of the fascia that look exceptionally mean thanks to the red accents, which are a feature used extensively on the exterior. At the rear, the red accents continue, which are paired with an aggressive lower rear fascia and massive, oval-shaped dual-exhaust pipes. There's also a green outline of the Nürburgring next to the rear Audi logo. The roll cage and Recaro seats are still present.

Audi is rumored to use the powertrain from the Porsche Panamera Turbo S E-Hybrid. However, there were rumors the RS Q8 could use the same twin-turbocharged 4.0-liter V8 from the Lamborghini Urus. Either way, it will sport the 4.0-liter engine paired with some sort of mild-hybrid assistance. The powertrain should make at least 600 horsepower (447 kilowatts) with some rumors suggesting as much as 670 horsepower (499 kilowatts) on tap. Audi's Quattro all-wheel-drive will be available along with an adaptive suspension.

Seeing the uncovered Audi RS Q8 is exciting; however, being able to buy one is likely several months away. Audi just revealed the milder SQ8 in June, which paves the way for the sportier RS Q8. We could see the RS version later this year or early next year. It should go on sale sometime in 2020. The uncovered prototype shows Audi is almost ready for a proper reveal.