This could be the weirdest piece of news you'll read today.

In July this year, some publications speculated the Turkmenistan’s president had died after disappearing from public view for several weeks. According to Swedish and Russian outlets, citing sources from Ashgabat, Gurbanguly Berdymukhamedov had succumbed to kidney failure. Apparently, these speculations were built on earlier allegations that the 62-year-old president suffers chronic health problems. But, as it turns out, just like punk, Berdymukhamedov is not dead.

The Turkmenistan state television Watan Habarlary released footage showing the president driving around a flaming pit nicknamed the "Gateway to Hell" (officially known as the Darvaza Crater) and trying to perform donuts in a rally car. The 35-minute video (full video attached below the text) was aired this last weekend and also showed the leader riding a horse and a bicycle, composing music, and demonstrating ministers how to perform fitness exercises. At this point, it’s not known when the footage was filmed. 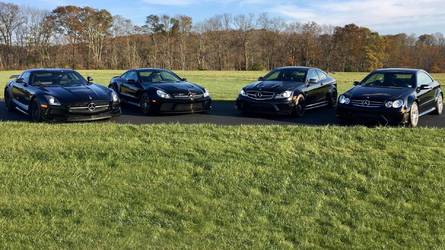 Born in 1957, Berdymukhamedov has served as the president of the Central Asian country since February 2007 and was previously a Minister of Health beginning in 1997 and a Vice-President beginning in 2001 under Saparmurat Niyazov’s leadership. According to Human Rights Watch, Berdymukhamedov, the government, and his relatives “enjoy unlimited power and total control over all aspects of public life in Turkmenistan.”

Eurasianet reports that speculations about Berdymukhamedov’s death have generated more attention for the country than any sports event or international conference in the entire history of the country. In early July, the presidential press service announced Berdymukhamedov was on a month-long vacation and published a video of him playing with cats and grandchildren. The leader’s next big appointment is scheduled for this coming weekend, when Turkmenistan will host the Caspian Economic Forum in the resort town of Awaza.