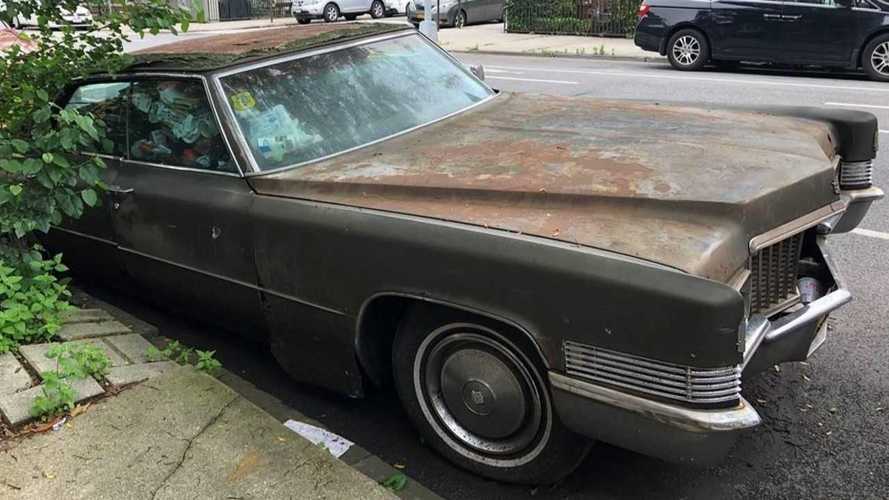 A legend is gone.

Seasons change but the old, rusty Cadillac parked on Brooklyn Street remains the same. According to estimates by a longtime neighborhood resident, it’s been there since 1994. Twenty-five years later, the 1971 Caddy made its final run being towed away by the New York Police Department after a Windsor Park resident complained.

The New York Daily News reports the vehicle was a local landmark. It was owned by an elderly man reportedly suffering from mental illness, who was unable to take care of it, according to local residents. Interestingly, the 1970s sedan had a current New York inspection sticker. After a recent complaint however, the car was ticketed by a street cleaner and, shortly after, towed to the NYPD’s Erie Basin Auto Pound.

Volvo Announces Free Towing For All Cars It’s Ever Made

“It’s a safety hazard,” one woman who moved into the neighborhood of Prospect Park three years ago told Daily News. “My children walk by it every day. It needs to go away.” Another neighbor added: “Everybody had to move except — you guessed it! This Cadillac is even above films. No ticket and no tow.”

No one was actually sure when the car was last moved from its location. New parking rules couldn’t relocate the Caddy and even a recent city filming permit that asked all residents to move their cars couldn’t change anything. The luxury sedan from decades ago was stuffed from floor to roof with yellow newspapers and empty water bottles.

However, not everyone was happy when the vehicle was towed by the city. “That car is a staple in this community,” said a neighbor that goes by the name of Jake. “Those who gawk at it and want to get rid of it aren’t real Brooklynites."