And there’s really nothing Toyota can do to prevent it.

Update: Jerry's Toyota has since removed the listing from its website, but a screenshot (pictured below) shows the listing on the dealer's site prior to its removal.

Customers can't wait to get their hands on the new Toyota Supra – and for good reason. It's a fantastic road car, and tons of fun on the track (as we found out firsthand). But with the long-awaited Supra finally making its way to dealerships in the U.S., some are taking advantage of the hype.

Jerry's Toyota in Baltimore, Maryland is asking $100,000 for a Supra Launch Edition. That's right, $100,000. Granted, Toyota limits the Launch Edition to just 1,500 examples globally, and offers it with unique trim pieces like red mirror caps – but with a manufacturers' suggested retail price of $55,250 for the Launch Edition model, that's nearly double the price of the Supra from the factory. We've reached out to Jerry's Toyota's general manager, but haven't heard back.

Problem is, Toyota can do very little to deter these massive dealer markups. Speaking with Nancy Hubbell, Senior Manager of Product Communications for Toyota, she notes that the dealer sets the final transaction price. The only thing Toyota can do is monitor those sale prices and, "consult with dealers as necessary."

"We recognize that there is a lot of excitement about the return of the Supra and that customers are anxious to be among the first to own the new model," Hubbell notes in a statement. "Toyota has established a manufacturers’ suggested retail price (MSRP) that is, as it sounds, a retail price suggested by the manufacturer."

"Because our dealers are independent business owners, the final transaction price will be the result of interactions between the customer and the dealer. Our sales group has consulted with our regional offices to ask them to be aware of transaction prices and consult with dealers as necessary." 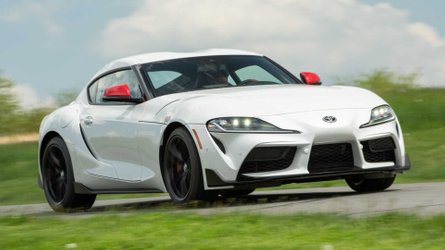 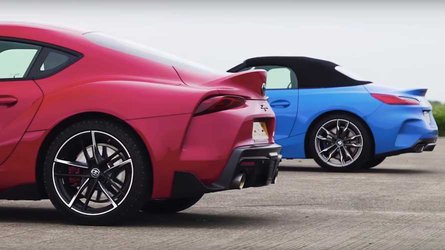 But markups such as this aren't uncommon. Dodge attempted to deter dealers from overcharging for the Challenger Demon when new, and instead, dealers auctioned off the right to buy a Demon allocation rather than tack that price onto $86,000 muscle car itself. The Jeep Gladiator, as well, currently sees markups as high as $20,000 in some cases. And as is the case with Toyota, Dodge and Jeep really can't do anything to stop these private dealerships from doing business as they please.

The solution? Shop around – or simply wait. Not all dealerships will charge exorbitant prices for the Supra Launch Edition. And though the standard Supra isn't as "exclusive," per se, it costs just $49,990, and offers the same turbocharged 3.0-liter inline-six producing 335 horsepower (250 kilowatts) as the Launch Edition, as well as many of the same options.