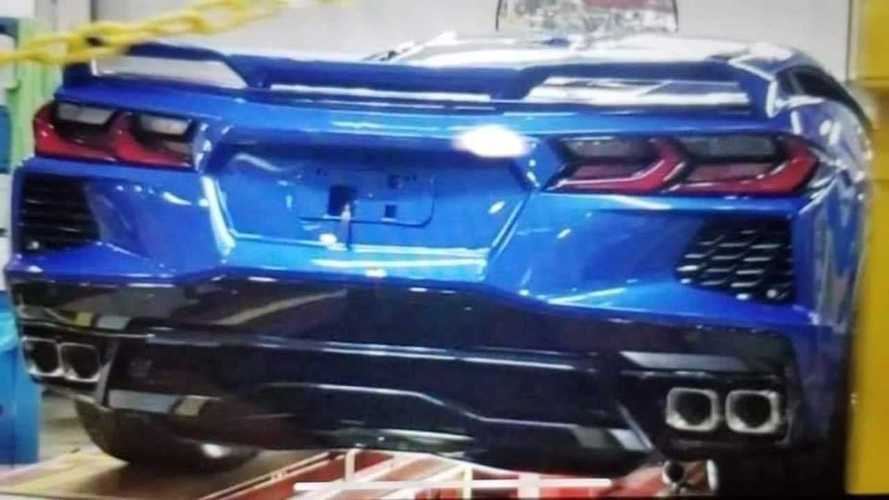 As far as leaks go, this is a big one.

Between now and the highly anticipated big debut on July 18, we have a feeling we’ll be seeing more of the mid-engined Chevrolet Corvette courtesy of the usual trio – rumors, leaks, and spy shots. Case in point, an interesting image has emerged on social media showing what is widely believed to be the rear end of the all-new C8. Low resolution, of course, but the photo does appear to be legit taking into account what the prototypes have been showing over the last few months.

Attached below is a rendering based on recent sightings of disguised test vehicles, and you can easily see the resemblance is uncanny. “Evolution” is the key word here as the back of the new Corvette will not represent a significant departure from the outgoing front-engined C7. It does look more aggressive than the model it’s about to replace thanks to those prominent quad exhausts flanking the diffuser along with the big vents below the intricate taillights.

The full-width rear spoiler also adds a bit of drama to the C8’s derrière and appears to be identical to what we’ve seen already multiple times on those camouflaged prototypes. The car’s color is believed to be “Elkhart Lake Blue” rather than “Rapid Blue,” with the image supposedly taken at the Bowling Green factory.

We can also catch a glimpse of the bulging quarter panel along with the quarter glass and the side window, although the latter seems a bit off. It might be because of the bad camera angle making the car’s side look slightly disproportioned in the upper half by giving the illusion of an unusually low roofline.

With the grainy photo likely being taken with the first mobile phone that had a camera, this might not be the most flattering view of the C8. That being said, we have a feeling it will look much better in official images, and most importantly, in real life.