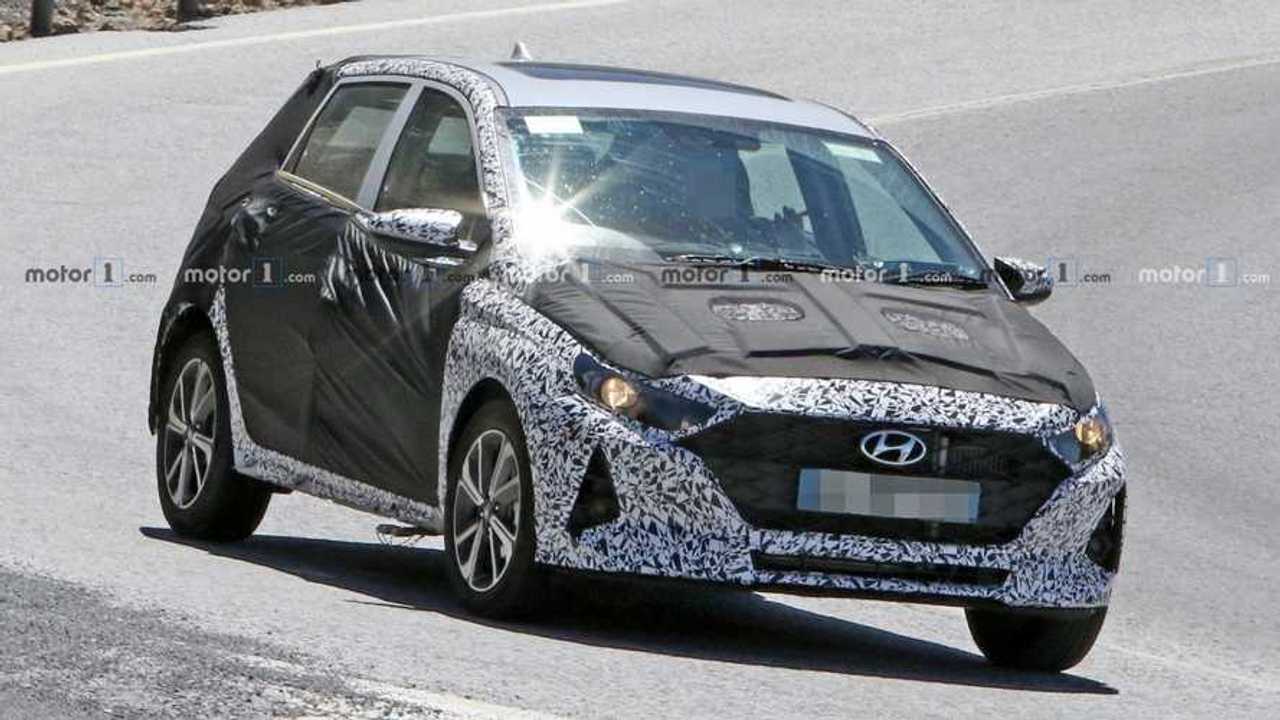 [UPDATE, June 17] What was initially believed to be the next-generation i10 is actually the new i20. Additional spy shots have been added at the beginning of the gallery, below.

The next-generation Hyundai i10 supermini is back in a fresh batch of spy photos. After making a debut in front of our photographers as a fully masked prototype back in January this year, the South Korean mini hatch is now ready to reveal more of its actual design. And we like what we see so far.

Hyundai is adopting a new design language and the next model to get influenced by the recently launched Sonata is the new i10. These spy shots confirm it will get a hexagonal radiator grille just like its significantly larger brother and a set of sweptback headlights. Seeing such an aggressive mesh pattern on an entry-level car is a bit surprising but that doesn’t mean it looks bad.

The vehicle appears to be longer and a tad wider than the model that’s still on sale and we assume this will have a positive impact on the cabin room, especially at the rear seats. The rear end is heavily disguised and so far we can’t tell anything about its design apart from the fact that the taillights feature LED brake lights.

Our spies tell us this is a vastly different car than the one photographed earlier this year. This is the version for the European market with more equipment and higher-quality materials whereas the previous prototype was depicting the variant for India with hubcaps and drum brakes on the rear axle.

On the Old Continent, you can order the current i10 with one of two naturally aspirated engines but we expect the new model to gain the Kia Picanto’s 1.0-liter turbo mill with 100 horsepower (74 kilowatts) and 127 pound-feet (172 Newton-meters) of torque. A new automatic transmission to replace the current four-speed auto would be a welcomed addition as well.