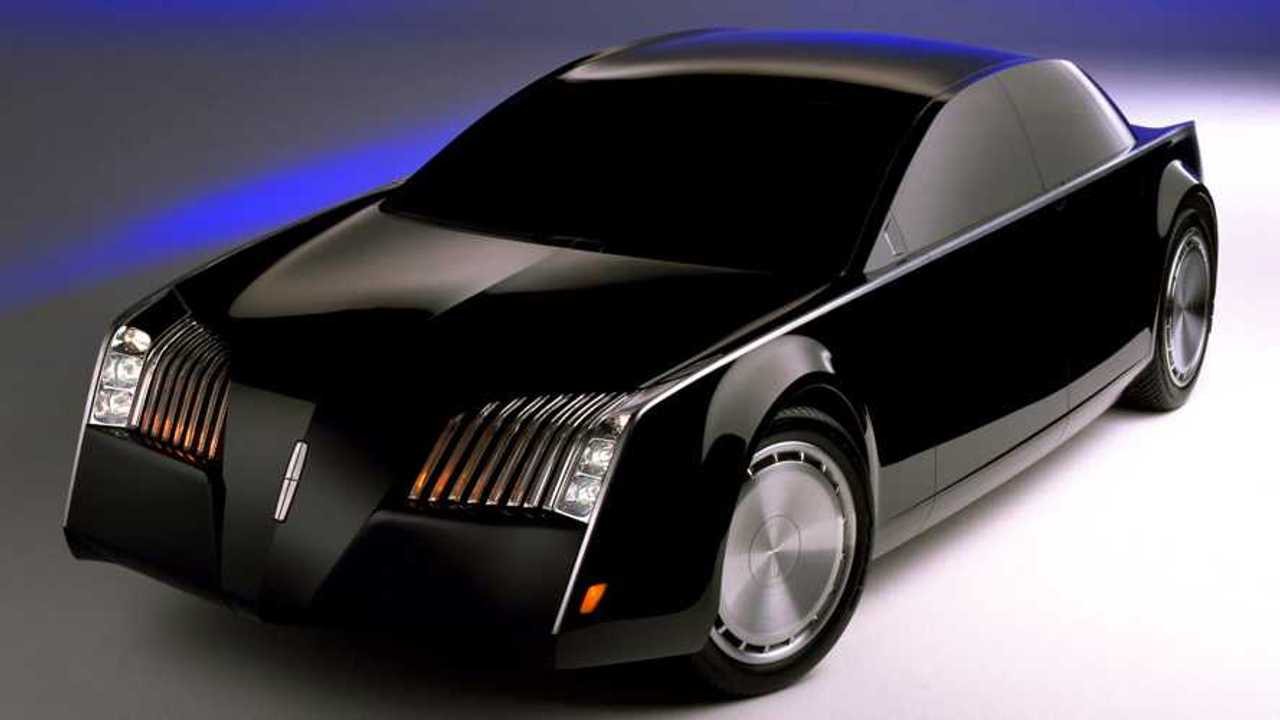 The radically styled fullsize luxury sedan had a menacing look and a V12 engine.

With its edgy body and intimidating design, the retro-futuristic concept was a radical take on the Lincoln Continental and Town Car of the era.

The hugely desirable GT90 concept you might remember from the good ol’ days of Need For Speed 2 was unveiled in January 1995 at NAIAS to pave the way for the “New Edge” design philosophy. A year later at the same show in the Motor City, Ford’s premium brand Lincoln embraced the styling approach for a fullsize luxury sedan that much like Ford’s supercar, never saw the light of production day.

The Sentinel was conceived as a flagship model with a futuristic and edgy design that still harkened back to Lincoln’s heritage by featuring a modernized version of the front grille used by the original Continental. It also had suicide doors like the 1961 Continental and a mighty V12 engine in the same vein as the first-gen Continental. In this application, Lincoln glued together a pair of 3.0-liter V6s as seen in the bonkers 1996 Ford Indigo concept also featured in NFS 2.

In the aforementioned mid-engined Indigo – which debuted alongside the Sentinel – the two Taurus-sourced Duratec V6s bolted together produced 435 horsepower (324 kilowatts) at 6,100 rpm and 405 pound-feet (549 Newton-meters) of torque at 5,250 rpm, but output numbers were never officially released for the Sentinel.

The original version of the Sentinel had a glossy black coat of paint and fully tinted windows to hide the fact it lacked a finished interior. Lincoln did not abandon the concept after its Detroit debut, bringing the 218-inch-long luxobarge in a finalized form to other shows where it was displayed with a blue gray paint and a Ghia-designed cabin.

With its frameless windows, hidden flush door handles, and sleek casings hosting rearview cameras rather than conventional mirrors, the concept had a very clean side profile and sat on large 20-inch alloy wheels. Three-tier vertical lights at the front and rear gave it a unique look, while the generously sized exhaust tips mounted at the corners of the rear bumper denoted the car was packing quite the punch.

What happened to it? Well, as far as we know, O.C. Welch Ford Lincoln dealership located in Hardeeville, South Carolina wanted to sell it for $80,000 back in April 2009, but failed to find a buyer. Months later, it showed up on eBay for a much lower “buy it now” price of $31,500. The rest is a mystery.