Mazda ‘Dreams’ Of Rotary-Powered Car, But ‘Has No Time Frame’

Guess all we have to do is wait. But until when?

Amidst an interview with Mazda about its plans, a development about the coveted rotary engine came out.

The confirmation came from Automotive News Europe's interview Mazda CEO Akira Marumoto primarily about the apparent problem about the brand's emissions target in the EU. The company seems to be running out of time to lower its CO2 footprint, with its hope relying on the SkyActiv-X engine in the next-generation Mazda3.

But beyond the emissions problem, the interview steered towards the highly popular rotary power plant.

The rear end of the fan-rendered modern RX-7

According to Mr. Marumoto, the company has continued working on developing the rotary engine even after it discontinued the RX-8. He, of course, mentioned the confirmed application of the rotary engine, which will be a range extender for upcoming EVs. The EVs with Wankel engine range extender should come out this year, although we have yet to hear any development about it as of this writing.

Mr. Marumoto's next line was rather interesting, at least for rotary engine fans. "Inside Mazda, we all have the dream of seeing one day a vehicle powered by a rotary engine. But given the number of things we have to do, we had to put this on the back burner, and we have no time frame," he said. 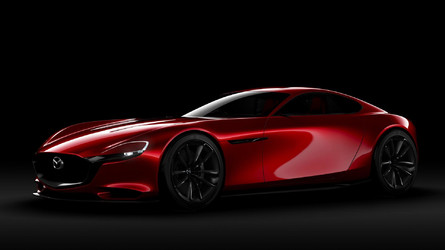 Everyone At Mazda Is Dreaming Of A Rotary Sports Car, Says CEO
⠀ 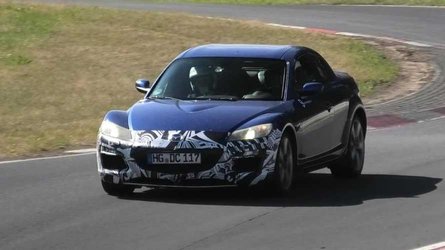 Why Is Mazda Testing An RX-8 At The Nürburgring?

This isn't the first time that Mr. Marumoto has confirmed that the rotary engine lives on for them at Mazda. However, it's kind of sad to know that it hasn't materialized yet, even up to this point in time.