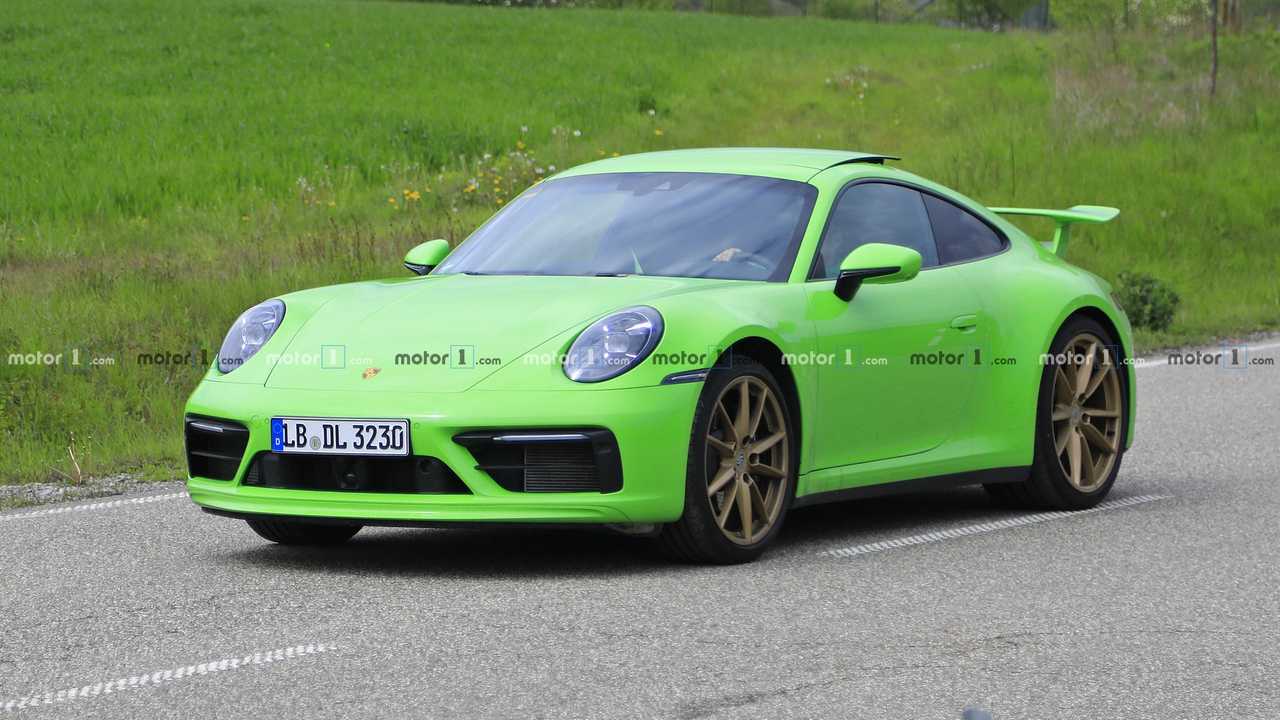 Is this a completely new version of the sports car?

The new generation Porsche 911 (internal code 992) is already on sale in coupe and convertible body styles, and several more versions are planned for the near future. Among them are the GT3 and Turbo ranges, and probably this – a mysterious hard-top variant previewed in these spy photos.

Some of the exterior features of this car are already available through the Porsche Exclusive Manufaktur portfolio, including the Sport Design Kit with a higher-mounted registration plate and a modified skirt at the front, as well as the set of golden multi-spoke alloys. Taking into account this, the test car here might be equipped with additional options from the catalog that we will likely see in the next months.

That’s one option, but we are tempted to believe the case is different here. There’s a massive fixed wing at the back with a modified third braking light (now sitting at the base of the spoiler) and a slightly different exhaust layout compared to the regular 911 (992). There are also modifications to the bumpers and a body-colored retractable sunroof.

All these small but smart tweaks probably lead to a completely new version of the 911 positioned somewhere between the Carrera S/4S models and the hardcore GT3. An educated guess here is that the automaker will probably expand the portfolio of the sports car with a new mid-range model offering a more track-oriented performance but still retaining a good everyday usability.

The large wing at the back together with the modified ventilation panel above the engine could mean the 3.0-liter flat-six twin-turbo engine of the Carrera models will gain some upgrades to boost the power output above the current 450 horsepower (331 kilowatts) and 391 pound-feet (530 Newton-meters). Nothing is confirmed, of course.

What do you think - is this a new version of the 911 or Porsche is just testing new additions to the Porsche Exclusive Manufaktur portfolio? Tell us in the comments section below.