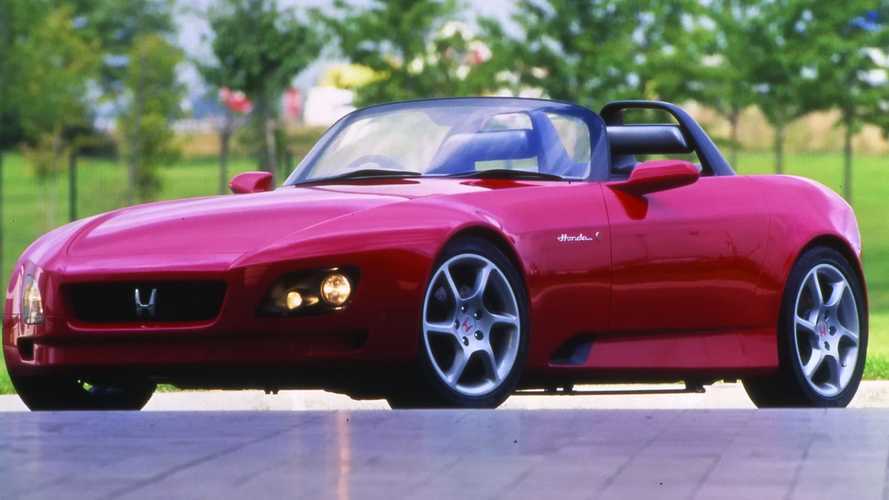 The S2000's precursor had a Pininfarina design, an inline-five engine, and an automatic gearbox.

With the S2000 being one of the most beloved Honda sports cars in existence, we figured a closer look at the roadster’s inception would be worthy of your time.

Honda has repeatedly ruled out the idea of bringing back the S2000, the open-top sports car it sold between 1999 and 2009 during which it spawned two generations. That doesn’t stop us from dialing our time machine to the mid-1990s to discover the early days of the S2000 and Honda’s first crack at the little roadster.

Partially responsible for the somewhat quirky styling of the two-seater was none other than Pininfarina, with the famous Italian design house envisioning the SSM with low-slung headlights and a long hood. While the S2000 was engineered with both a fabric roof and a hardtop, the showcar was developed as a pure roadster without a roof.

The interior was just as interesting, with a clear separation between the driver’s seat and the passenger seat, along with a wraparound dashboard hosting a digital instrument cluster positioned in the middle. The gear lever for the automatic transmission along with all of the buttons and switches were placed to the left and right of the driver, with very little room to spare in that tight driver-oriented cockpit.

Underneath that smooth hood was a high-revving naturally aspirated engine just like the S2000 (AP1) got in 1999 when the production version debuted. However, the showcar had a larger inline-five engine rather than the inline-four of the original S2000, while the concept’s five-speed automatic transmission derived from the NSX was not available in the road-going car that was offered with a six-speed manual.

Speaking of the mid-engined supercar, the NSX lent its aluminum wishbone suspension for both front and rear axles to guarantee sharp handling on twisty roads. The concept car was engineered with a steel monocoque and those dual cockpits lined with composite panels to save weight. Each had its own rollover hoop and the seats were divided by a reinforcing bar installed to boost the body’s stiffness.

As a refresher, Honda’s latest interpretation of a sports car somewhat similar in philosophy with the S2000 is the Sports Vision Gran Turismo concept unveiled towards the end of 2017 for the popular racing game.