GM Confirms Mid-Engined C8 Corvette Will Be Revealed In July 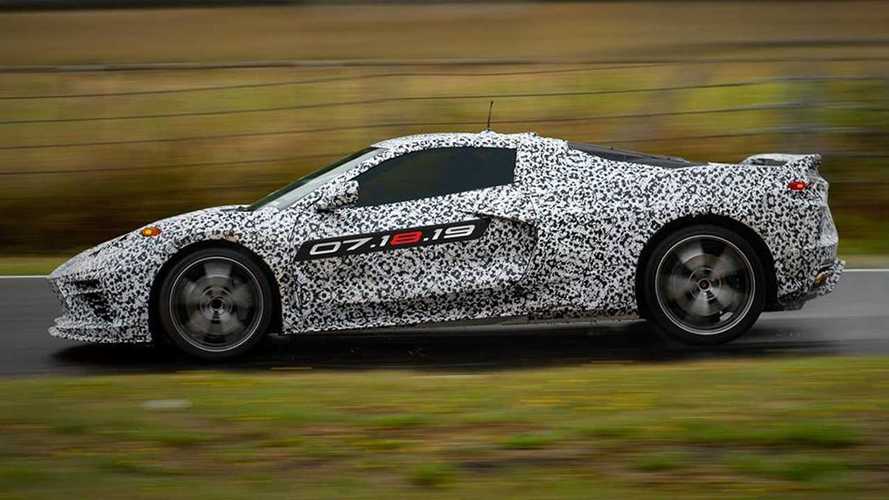 We’ve spent the last four years talking about rumors, fussing over spy photos, and digging deeper to try and suss out the future for the long-awaited mid-engined Chevrolet Corvette. Today, however, the news isn’t about rumors or speculation.

Finally, after years of teasing and decades of anticipation, General Motors has confirmed the C8 is real. More importantly, it will be revealed to the world on July 18, which is just over three months from now.

The announcement comes almost out-of-the-blue. The C8 rumor mill went into overdrive this morning on leaks about something Corvette-related happening in New York. It turns out those rumors were true, but there could still be some more information and photos to trickle down through the various channels, so we'll keep our eyes peeled.

There’s still much we don’t know about the upcoming Chevrolet supercar, not the least of which being how it will actually look. Though the prototype revealed here wears a thin camouflage wrap, we can still see some bulky filler panels beneath it all. We've often turned to MidEngineCorvetteForum.com and its forum members for some stunning renderings on how the supercar might look, and we must say it looks particularly sexy without a roof.

At some point in the Corvette's future will come more aggressive models with higher horsepower, though we don't know exactly when that will occur just yet. Current thinking is that the C8 will launch with a naturally aspirated 6.2-liter V8 producing upwards of 460 horsepower. There's been talk of higher-horsepower models with up to 1,000 horsepower actually twisting frames on prototypes, but we've also heard that the strength issues – like the electrical issues, have been addressed.

At least now we have official confirmation that the car exists. All will be revealed July 18.