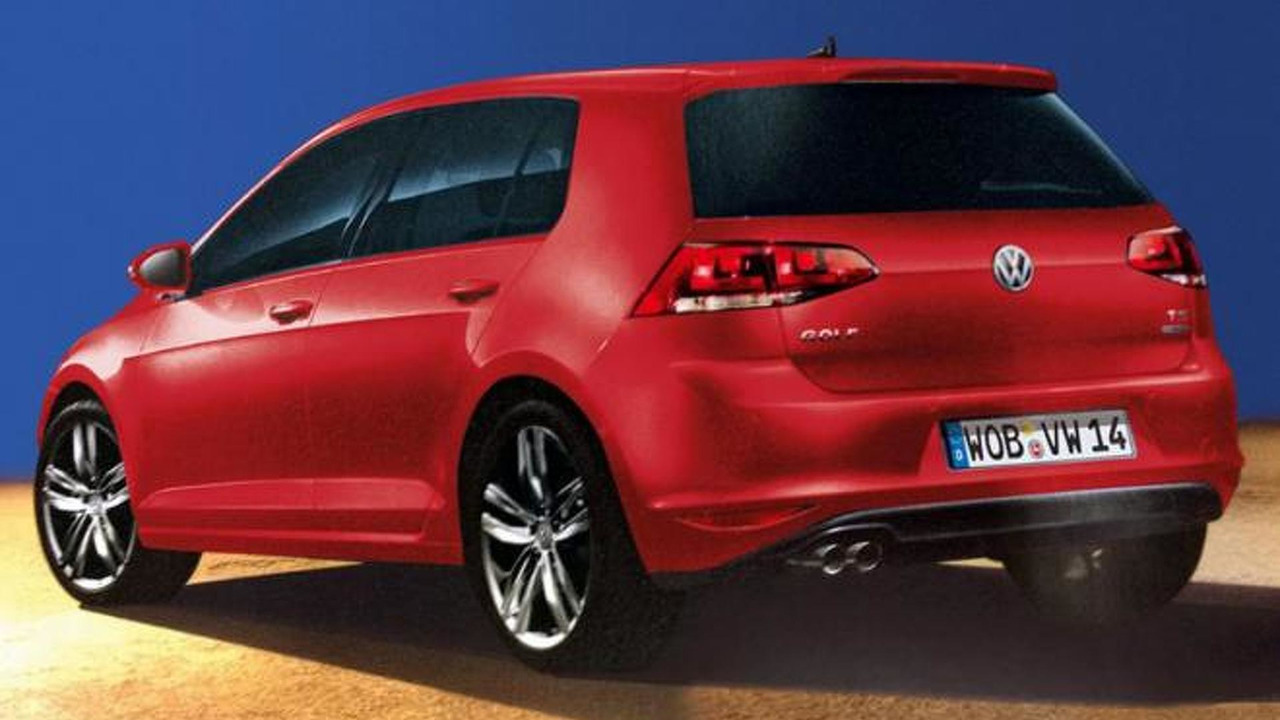 These could be the first real images of the upcoming seventh generation of the Volkswagen Golf.

We are only a day away from the official unveiling of the Volkswagen Golf VII and already we have some alleged leaked photos. These three images were published first by Auto Zeitung but we don’t know where these come from and how the pictures were made.

Judging by that somewhat artificial left hand on the steering wheel, those two photos of the interior looks like an animation, plus everything beneath the steering wheel and the lower part of the right passenger side is black. If you have a closer look at the center console you’ll notice that it is a bit towards the driver’s side.

As a reminder, the seventh generation of the Golf is going to be longer, wider and lower than the outgoing model, while the wheelbase will also grow. Despite the increased dimensions, the new Golf is going to be 100 kg (220 lb) lighter which should result in lower fuel consumption and also reduced CO2 emissions.

One of the engines that will power the new model is going to be a 1.4-liter turbocharged, 4-cylinder, direct-injection gasoline unit with 138 HP (103 kW). When linked to the seven-speed dual clutch gearbox, the Golf VII will have a fuel consumption of 4.8 liters / 100 km on the European combined cycle and CO2 emissions of just 112 g/km

At the Paris Motor Show scheduled for the end of the month, Volkswagen will also preview the new GTi version by bringing a concept that will probably feature a 2.0-liter turbocharged, direct-injection gasoline engine capable of producing 222 HP (165 kW).