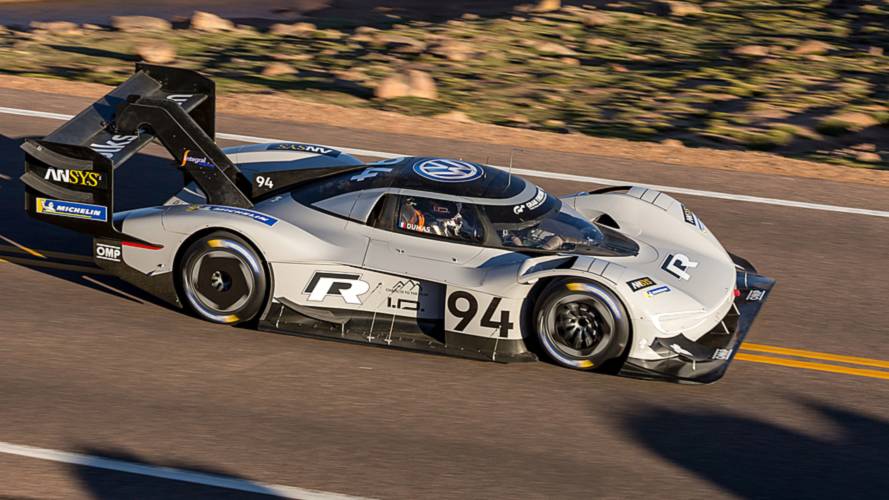 The French said it could take as much as 15 seconds off from the current record.

Volkswagen may have a huge ripple last year at Pikes Peak International Hill Climb. Not only that it has beaten two records, but the VW I.D. R was also able to do it in less than eight minutes. This is the first time that a vehicle was able to do the hill climb that fast at the 12.42-mile, 156-turn course towards 14,110 feet, and we have all the videos that you can watch to see the incredible run.

Peugeot, the company that VW beat in its record-breaking climb, wasn't really amused with the I.D. R's time at Pikes Peak. The French was actually disappointed and thought that the German could do better. Ultimately, Peugeot thinks it could do even better.

In an interview with Top Gear, Peugeot Sport boss Bruno Famin said that the 7:57.148 run was a bit disappointing.

“I was very disappointed by the Volkswagen as they could have done much better, for sure,” he told Top Gear. “There’s at least 10 to 15 seconds more to be taken from the record.”

To recall, the VW I.D. R beat the Peugeot 208 T16's climb at Pikes Peak by 17 seconds. While that's an amazing feat by itself, you have to remember that Peugeot's record-breaking run was done five years prior to VW's. With that, we have all the reason to believe Peugeot's claim on breaking that record.

“Even with a gasoline engine you can go and beat that record, but if you want some good promotion and good marketing you want a pure electric car for sure. If you want some money from the big boss, you have to prove it’s worth it,” Famin added.

But will Peugeot join Pikes Peak to prove that it can do better? Famin said that “it has been proposed, but not for the time being." He understands that the development of a vehicle that will set a new record at Pikes Peak would take a lot of money.

The uncertainty in Famin's answer is telling us that Peugeot has more things to prove other than the hill climb, which is quite understandable at this point. But who knows? Maybe we'll see the French Lion racing uphill this year.