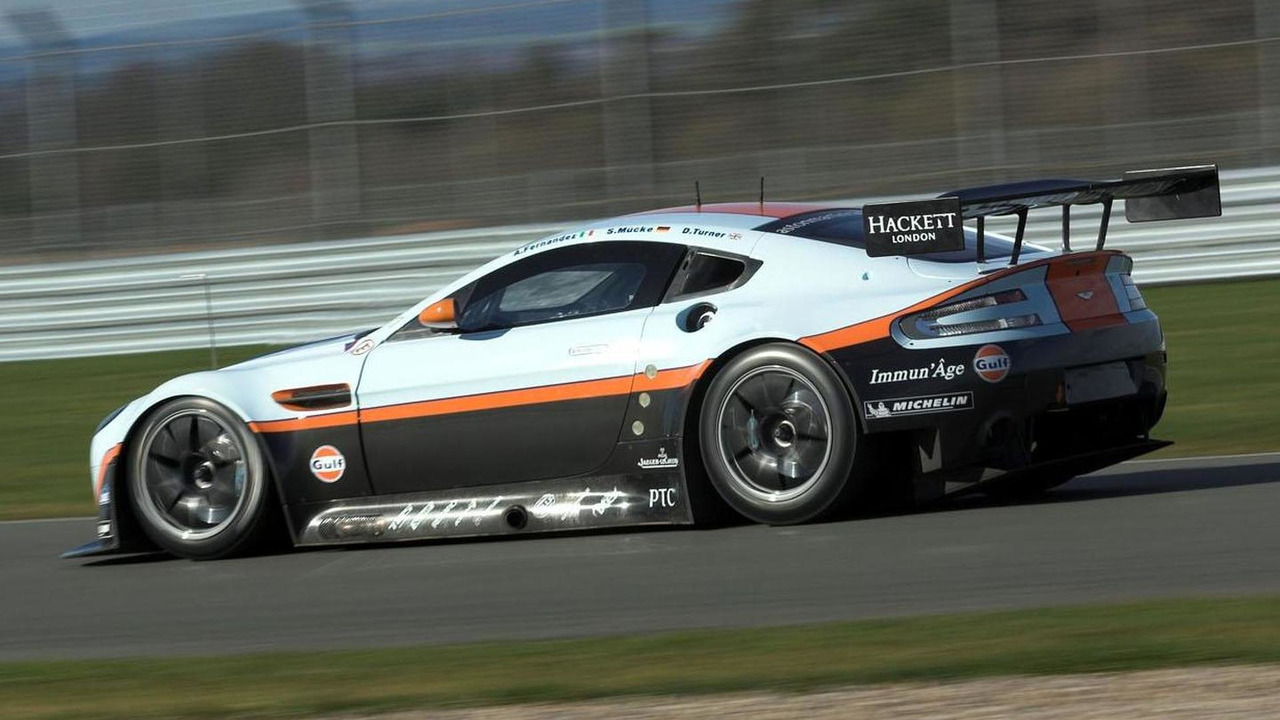 Aston Martin Racing has announced plans to compete in the FIA World Endurance Championship with the new Vantage GTE.

Aston Martin Racing has announced plans to compete in the FIA World Endurance Championship with the new Vantage GTE.

Based on the Vantage GT2, the GTE is dressed in Gulf livery and has been "specifically designed to compete in championships running to the Automobile Club De L'Ouest GTE regulations." As such, the car features a carbon fiber body and advanced aerodynamic package which includes a carbon fiber splitter, a rear diffuser and a massive rear wing. There's also a roll cage, Brembo brakes and an adjustable coil-over suspension.

Power comes from a 4.5-liter V8 engine which has been equipped with new cylinder heads, connecting rods, valves, camshafts and a racing exhaust. It is connected to a six-speed sequential transmission with a competition clutch and a dedicated oil/air cooling system.

The Vantage GTE will make its racing debut at 12 Hours of Sebring on March 17th, before competing at the 24 Hours of Le Mans. Drivers are slated to include Darren Turner (GBR), Stefan Mücke (D) and Adrian Fernandez (MX).