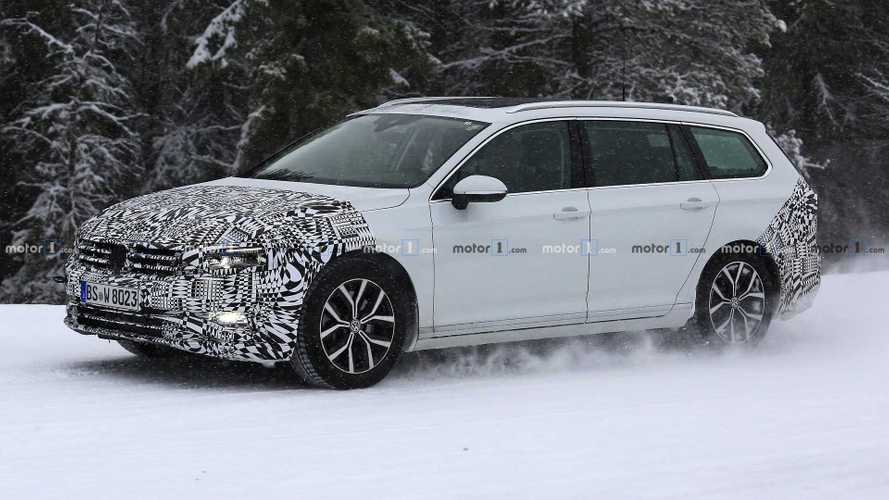 [UPDATE, December 6] 19 new spy shots have been added at the beginning of the gallery, below. You'll see both the sedan and wagon (Variant) wearing an identical camo in the same areas.

It’s not exactly a secret that Volkswagen is preparing a mid-cycle refresh for the European Passat, so we feel the driver’s rude gesture is rather uncalled-for. The spy photographer was just doing his job without breaking the law, yet the test driver wasn’t exactly thrilled to see the man with the camera pointed towards the camouflaged sedan, deciding to flip him the bird.

Rude gesture aside, this fresh batch of spy shots focuses on the sedan, but in some of the images you can also check out the more practical wagon body style we spotted at the end of last month. Both prototypes are carrying camouflage at the front and rear fascias to hide the mildly updated bumpers and the revised graphics of the headlights and taillights.

Bear in mind VW just released a brand new Passat in China, but it’s unclear at this point whether the updated Euro model will look similar and/or if next year’s U.S.-spec Passat will adopt a similar appearance. The version bound to be sold on the old continent could get an Arteon-esque front fascia with a more imposing grille like on the stylish Passat-based fastback and the revamped Touareg.

If you care where your car is made and want it to carry the “Made in Germany” label, you should know production of the Euro-spec Passat at the Emden factory will come to an end in the first half of the next decade. From 2023, Skoda will build the Passat – presumably the next-generation model – at its plant in Kvasiny, Czech Republic together with the heavily related Superb and the Kodiaq midsize SUV.

Meanwhile, an official reveal of the facelifted Passat in Euro flavor is expected to happen in the months to come, so there’s a pretty good chance it will be on display in March 2019 at the Geneva Motor Show.