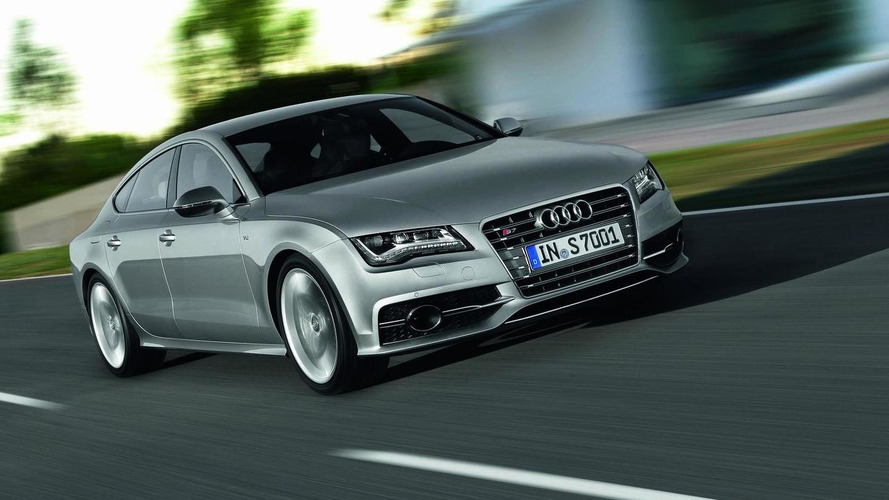 Jointly developed with Bentley, the aluminum-intensive engine has classic 90 degree cylinder banks, a charge-air intercooler and an advanced exhaust system.

We're eagerly awaiting the chance to see the S lineup in Frankfurt but, in the meantime, Audi has released new details about the twin-turbo 4.0-liter V8 engine.

Jointly developed with Bentley, the aluminum-intensive mill has classic 90 degree cylinder banks, a charge-air intercooler and an advanced exhaust system. These are nice touches, but the real story is "cylinder on demand" technology which deactivates four-cylinders when maximum performance isn't required. Audi estimates this improves fuel efficiency by up to 5%, while reducing emissions 10 to 12 g/km. If that isn't impressive enough, there's also a start/stop system which cuts CO2 emissions by as much as 24 g/km.

To reduce NVH (noise, vibration and harshness), the engine sits on active mounts which detect vibrations and uses a counter-vibration to limit engine movement. Likewise, the active noise control system uses four microphones to detect "disturbing constituents" in the cabin and eliminate them by sending an opposing sound through the speakers.