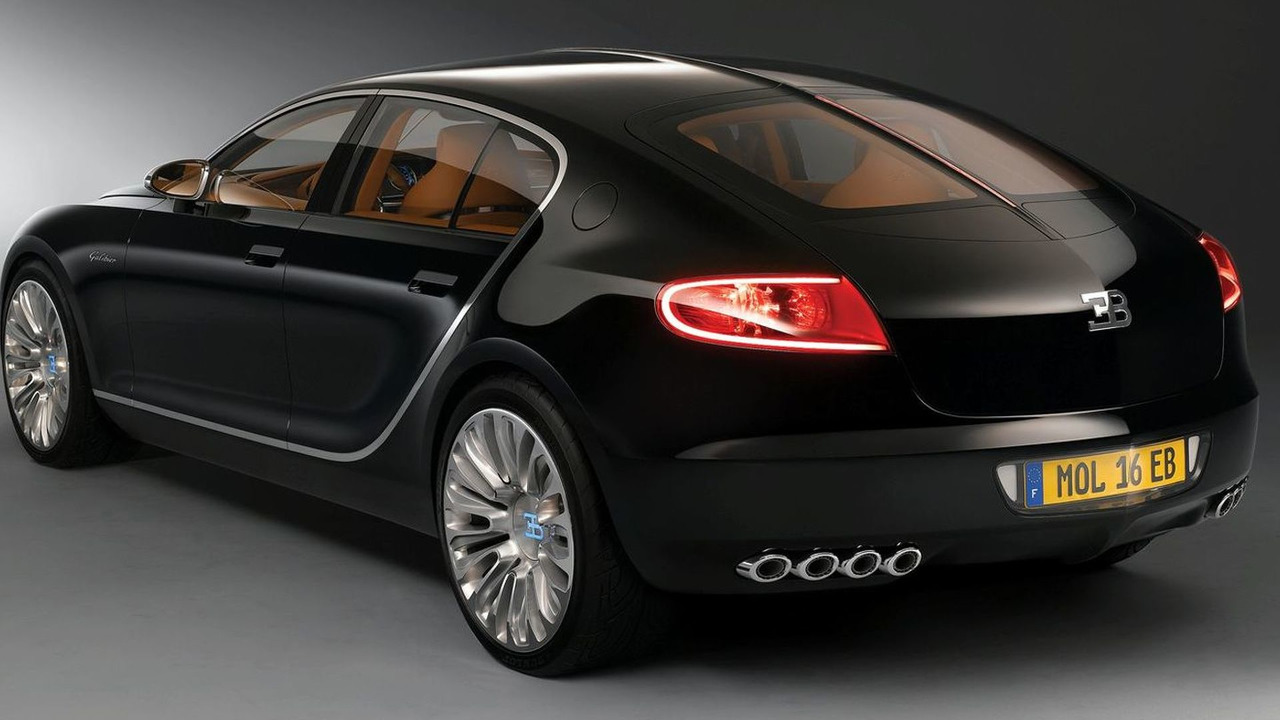 New Bugatti chief Wolfgang Durheimer (who heads both the Bugatti and Bentley brands for VW Group) has put the Galibier 16C on hold, according to a report by Inside Line.

According to an Inside Line source inside VW Group, Durheimer wants the production Galibier to go beyond its currently designated 800 horsepower and offer more space and comfort. The source says Durheimer believes the car should be unquestionably tops in every category in order for "billionaire buddies" to discuss its virtues without reservation.

Durheimer is said to want the car to be an "argument stopper".

"Right now, it's definitely not enough (power) and it needs more space and comfort, especially in the rear," says the unnamed source. "It's 800 horsepower now, but there are tuners today who can give you that and we don't want our car to be involved in any discussion that involves tuners, so we have to move the benchmarks."

Maybe they should add another set of tailpipes to that 8-piped exhaust to make it an even 10.