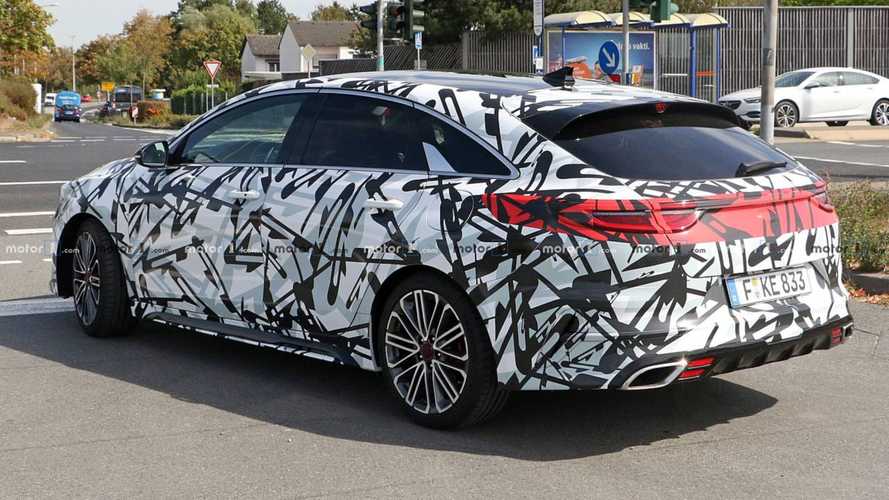 Remember when Kia was making boring cars? How the times have changed.

We are only two days away from the highly anticipated reveal of the Kia ProCeed, a stylish shooting brake that will peacefully co-exist with the regular Ceed Sportswagon. What we have here is the final batch of spy shots of the five-door model set to offer an “unparalleled combination of design and versatility” as per Kia’s PR department.

As you have figured out by now, this is not the regular ProCeed as we’re actually dealing with the range-topping GT specification. There’s a good chance Kia will offer the hot version from day one considering some media outlets had the privilege of driving the performance version. We already know it will feature a turbocharged 1.6-liter gasoline engine with 201 horsepower at 6,000 rpm and 195 pound-feet (265 Newton-meters) of torque from 1,500 rpm. Linked to a seven-speed, dual-clutch automatic gearbox, the four-cylinder unit will enable the ProCeed GT to run to 62 mph (100 kph) in an estimated 7.5 seconds before maxing out at about 140 mph (225 kph).

According to Autocar, Kia has plans to sell the shooting brake only in GT-Line and GT trims with all the engines available for the regular Ceed hatchback and wagon. Mild hybrid gasoline and diesel units are slated to arrive at some point in 2018 to further diversify the powertrain lineup.

While the Ceed Sportswagon offers 600 liters (21.1 cubic feet) of cargo with the rear seats in place, the ProCeed will nearly match that number – providing 594 liters (21 cubic feet). It’s great to hear practicality won’t have to suffer for the sake of a sleeker body shape. There is somewhat of a risk the shooting brake and the standard wagon will clash, but with the former only being available in GT-Line and GT trims, it means customers looking for a practical Kia easy on the wallet will get the latter. Those willing to pay the premium commanded by the fancier version will also have the possibility of getting the full-on GT model, which won’t be available for the regular wagon.

Replacing the defunct (and slow-selling) three-door coupe of the two previous generations, the new Proceed will premiere on Thursday, September 13, before heading to next month’s Paris Motor Show. While it won’t be as nice as the namesake concept from last year, it will easily become one of the most beautiful production cars to carry the Kia badge, alongside the Stinger.